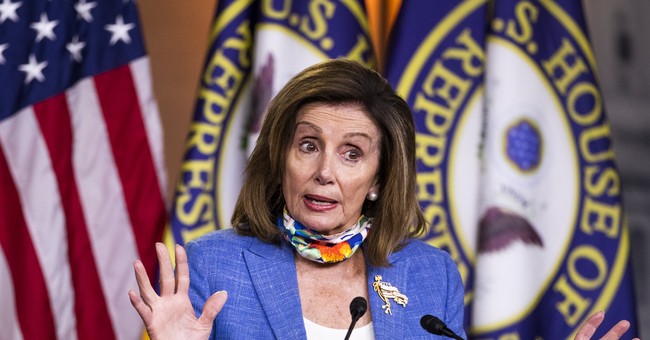 As I reported earlier in February, in an article titled NFL Star Uses Perfect Analogy to Blast Members of Congress Like Pelosi Who Trade Stocks, Speaker Nancy Pelosi and her husband Paul have become multimillionaires during Madam Speaker’s 33 years in Congress. Coincidence? You make the call.

House Speaker Nancy Pelosi and her husband Paul — who owns a San Francisco-based real estate and venture capital investment and consulting firm — have amassed an estimated net worth of somewhere between $46 million and more than $120 million, depending on the accuracy of various sources, despite Pelosi’s 33 years in Congress and current annual salary of $193,400.

In one questionable transaction, Paul Pelosi bought upwards of $1 million worth of Tesla call options in December. Weeks later, Joe Biden announced plans to replace the entire federal automobile fleet with electric vehicles, documents showed. It was not stipulated how many cars in the federal fleet would be Teslas. Nonetheless, Mr. Pelosi can exercise his share options as long as they remain above $500.

At the time of this writing, Tesla stock was trading at $916.30. For those of you keeping score at home, if the Pelosis sold their options at this price, they would realize a gain of $416.30 per share — more than 83 percent, in little more than one month.

As I wrote in the article, Pelosi in January appeared to suggest she was open to a ban on stock trading by spouses of members of Congress, a stark shift from her previous stance that members and their families should be allowed to make such financial transactions.

That was then, this is now. This Monday headline from Just the News tells Pelosi’s current tale: Pelosi Evasive on Extending Individual Stock Trading Ban to Spouses of Lawmakers

To revisit, while members of Congress and certain congressional officers or employees can invest in widely held investments, such as diversified mutual funds, managed investment portfolios, and exchange-traded funds, the Ban Conflicted Trading Act “prohibits a Member of Congress or certain congressional officers or employees from (1) purchasing or selling specified investments, (2) entering into a transaction that creates a net short position in a security, or (3) serving as an officer or member of any board of any for-profit entity.”

As the majority caucus, House Democrats continue to debate among themselves whether to extend the Act to family members. And Pelosi being Pelosi, she hems and haws and stammers like the disingenuous, deflecting liar extraordinaire that has marked her term as Speaker.

As Just the News noted, Paul Pelosi has made headlines over the years with his millions of dollars in stock purchases. Pelosi was asked straight-up if the Stock Trading Ban should include Congressional spouses. She promptly went full-metal Pelosi, as transcribed by JTN:

I’m a big believer in our committees [So what? Same thing she says every time. Of course she’s a “big believer” in her left-wing comrades], and we’ve tasked the House Administration Committee to review the options that members are putting forth — and they have different views on the subject. [Blah blah blah, blah blah blah blah blah.]

But I’d said that certain criteria [What criteria, specifically?] that I wanted to see was [sic] whatever — whatever design they have for that, that’s one. [Classic Pelosi gobbledygook.]

But the other is, we have to tighten the fines on those who violate the STOCK Act. [Those who get caught, she means.] It’s apparently not sufficient to deter [the] behavior. [Ya think? Look at your bank account, Madam Speaker.]

Pelosi then hedged her comments — being the master hedger she is — by pointing out that the judicial branch, specifically the Supreme Court, currently has zero disclosure rules around stock purchases.

It has no reporting of stock transactions. And yet it makes important decisions every day. [In other words, suggests Pelosi, SCOTUS doesn’t deem looking into question stock trades by members of Congress and the spouses “important.”]

I do believe in the integrity of people in public service. [Uh-huh, which she continues to say ad nauseam — every time meaningless.]

I want the public to have that understanding. [You don’t give a damn what the public understands or not. See: “We have to pass the bill (ObamaCare) before you can see what is in it.”]

We have to do this to deter something that we see as a problem, but it is a confidence issue. [Then why in the hell do you continue to flip back and forth on it like a drunken, crazed seal?]

And if that’s what the members want to do, then that’s what we will do. [Memo to Nancy: What a complete crock of crap. Your members do exactly what you tell them to do. Know why? Because they fear your wrath if they fail to obey.]

Pelosi also noted that members of Congress don’t pay capital gains taxes upon the sale of appreciated securities, which, as a Certified Financial Planner for 27 years, I find particularly troubling — from the “Why the hell not?” perspective.

“But it’s complicated, and members will figure it out, and then we’ll go forward with what the consensus is,” she said. Bullcrap. When you have the ability to pass laws favorable to yourself, what is “complicated” about that, Nancy? Please ‘splain it to me.

These people — Democrats — will never change.

Democrat Speakers, Democrat Senate Majority Leaders, and Democrat Presidents come and go. But the song remains the same. Except under the reign of the Biden-Pelosi-Schumer troika, that is.

That song now amounts to nothing more than a funeral dirge for America as we know it.