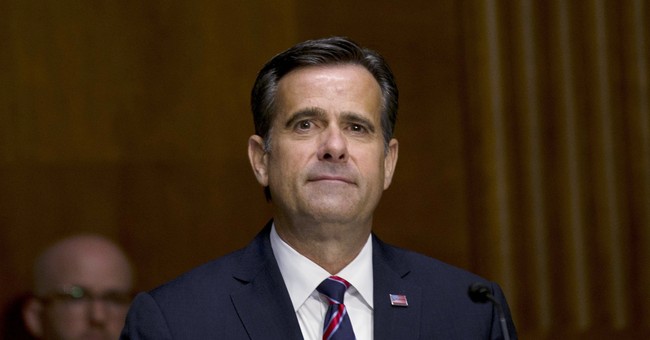 We’ve been bringing you a lot of intriguing information about the Durham probe. As we’ve reported, there was a bombshell that dropped at the end of the week in a Durham filing in the case of Michael Sussmann, a Clinton campaign lawyer. In the filing, it said that the Clinton campaign had hired a tech company to look into the DNS lookups of several locations including Trump Tower and the Executive Office of the President of the United States to create an inference or narrative about Donald Trump having a connection to Russia.

This came on top of information that we already had reported about intel alleging Hillary Clinton had approved a plan to smear Trump as connected to Russia hacking to distract from the scandal of her use of a private email server. On top of that, intel also indicated that the CIA head at the time, the execrable John Brennan, had advised Barack Obama of Clinton’s plan.

While the Clinton campaign was paying for this, Clinton herself was also pushing the fake smear.

While it’s taken a while, you would anticipate that in any investigation that they would be taken down the ancillary players first, so that they could then flip on the bigger names in the conspiracy. Now, there’s a new report suggesting that the investigation is accelerating and people are flipping, according to sources. We should always treat “sources” with some skepticism, but that would seem to be about the right time, given that multiple people have been indicted and interviewed in the Durham probe.

Former DNI John Ratcliffe went on Fox on Monday and said that based on the intel that he had given Durham as part of Durham’s investigation, that he expected “quite a few more indictments.” He had previously said “multiple” or “many indictments”, so this adds that he thinks that the evidence from the intel supports “quite a few more” than the people who were indicted so far. He also notes the variety of crimes that might be considered.

I think this pleading alleges or alludes to a conspiracy meaning two or more people in furtherance of a crime and anyone that was aware that this campaign plan was going to be falsely pitched to the FBI or the CIA or law enforcement or intelligence authorities would be subject to criminal prosecution for any number of criminal crimes. Mail fraud, wire fraud lying under oath, congressional testimony, false testimony to prosecutors. All of those things.

I think this conspiracy, and I do think there was a criminal conspiracy, is broad and deep. And I hope that, obviously, John Durham is moving carefully. But I would expect and anticipate based on the intelligence that I’ve seen that there would be quite a few more indictments relating to this.

Ratcliffe also noted that not only was Obama advised on the plan in 2016 in the Oval Office, but Joe Biden was, too, as well as members of the national security team. So, Biden knew about the false plan and “everything that happened after that..is one of the reasons that John Durham is investigating,” Ratcliffe said. He explained that there wasn’t a proper predicate to begin the FBI investigation against Trump, yet it went forward anyway.

It isn’t just about Hillary Clinton. That raises the question of what did Biden know and when did he know it as well. Who else know what when, and was involved? If you check the above tweet of Hillary Clinton’s, you’ll also notice a familiar name that’s also come up in this case – the current National Security Adviser for Biden, Jake Sullivan. He was part of the Hillary for America team as a “senior policy advisor,” and he was putting out the information on the smear in a statement that Clinton was tweeting.

So, if the White House wants to dodge the general question of the propriety of such a despicable action and can’t even call making up a fake smear about your opponent and dividing the country for years wrong, I have another question for Heinrich to ask. That same one I just asked: what did Biden know and what did he do? Because what he didn’t do was call the smear out as a false political operation, despite, according to Ratcliffe, knowing this information. So, then comes the question: was he further involved? What was Sullivan’s involvement? That’s an important question for Biden, since Sullivan holds such an important position now.