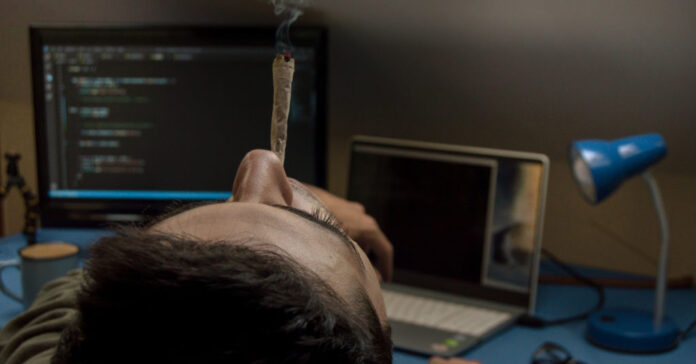 As Democrats look to allow both medicinal and recreational marijuana around the country, they don’t bother to think about the repercussions. THC is classified as a psychoactive compound for a reason. It can create a “high” within users, causing them to feel not only euphoria but also a number of other side effects – hallucinations, extreme calm, dizziness, and more.

Imagine if you had an employee who came to work high. They would be a liability.

While smoking marijuana might be legal, there is a time and a place for it. Think of it like alcohol – it’s legal, but you don’t want your employees drinking on the job, either.

Colorado is about to deliver a win for stoners – and that’s going to have a negative impact on employers across the state.

House Bill 1152 is a bill that is being met with mixed feelings if it ends up being passed. It would mean that employers would no longer be able to fire their employees for using cannabis. Further, those with a medical marijuana license would have the ability to consume marijuana while at work. Of course, there are exceptions for individuals in dangerous work environments.

Can you imagine what this is going to end up looking like? There’s no specific dosage when it comes to medicinal marijuana. Most doctors recommend a “trial and error” approach, which can leave many people experiencing a high while they self-medicate.

Democratic Representative Brianna Titone from Arvada, Colorado tried to explain the reasoning for the bill since marijuana is legal in the state. “What people do in their spare time that doesn’t impact their work shouldn’t really be a problem for them. They should be able to enjoy the legal things that we have here in Colorado and not be penalized for it.”

That sounds great in theory – until someone shows up for work high. Or until they call out of work because they are high.

Of course, smoking marijuana has an impact on employers, even if employees are off the clock when they’re consuming.

Since Amendment 64 passed all the way back in 2012, there’s been the issue of how employers are supposed to deal with the use of recreational cannabis. Most states have allowed employers to make the decision. House Bill 1152 would, basically, be a way for the state to overstep and tell employers what they need to do.

New Jersey and Nevada have rules that prohibit employees from both using cannabis on the job as well as showing up to work impaired. The only thing they can’t do is penalize an employee who uses marijuana on their own personal time.

In 2015, the Colorado Supreme Court actually sided with Dish Network when they fired an employee after testing positive for THC. While the employee had a medical marijuana card, Dish Network wanted to maintain a drug-free workplace.

Titone, along with her co-sponsor, Representative Edie Hooton of Boulder, doesn’t believe that using marijuana (in or out of the workplace) should be grounds for termination.

So, if you think customer service is bad now, just wait until a stoned employee steps in to “help.”

There’s been a significant amount of pushback on this House Bill from Republicans – as well as from concerned employers who wonder what will happen if this bill passes. It could mean that employees are protected so much so that those who come to work under the influence of marijuana can still clock in and go about their day even though they are obviously impaired.

House Bill 1152 hasn’t gotten on the schedule for a committee hearing yet. Until then, there’s still a lot to be worked out behind the scenes in terms of establishing THC blood limits, drug tests that focus on THC and not CBD, and so much more.