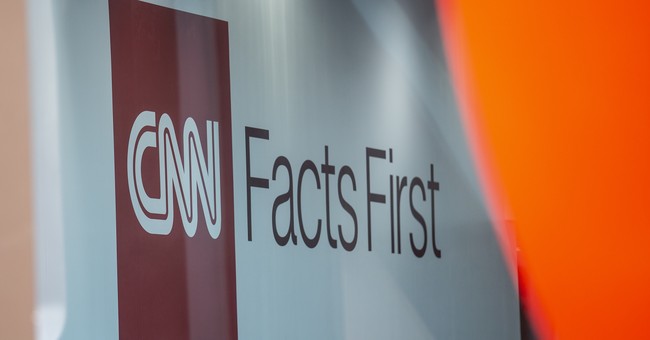 CNN is struggling to break one million viewers in any of its key time slots. They have been on a steady decline ever since Donald Trump left office. Since then, one of their primetime hosts was let go over multiple ethical violations (though the firing came after months of doing nothing about it). Their president was forced to resign. Their viewership has collapsed. Their trust levels are low.

One has to think this is at least part of the reason that CNN would choose to continuously go after Joe Rogan, despite the fact that he hasn’t done anything that would warrant the level of vitriol the network has thrown at him. Several folks have tried to pivot and say it’s about the re-surfaced used of a racial slur, but CNN has maintained their attacks on Rogan as a purveyor of misinformation, and have done so for months.

Likewise, they have spent years attacking Fox News for everything they can. Their chief media correspondent, Brian Stelter, makes attacking Fox News a focal point of his show, Reliable Sources. It seems that a pretty high number of CNN employees watch Fox News more than they watch their own network, so consumed are they with what their competitor is doing.

The network has good people. You can’t really say they’re even-handed in their coverage, but several folks over there still ask tough questions of both sides. But they are overshadowed by their loudest anchors and reporters, and their work isn’t as recognized because of it. When you think of CNN, you think of the loud (and, frankly, obnoxious) voices.

CNN is currently in the process of building up its own digital platform, CNN+. It will feature special programming, some high-profile hosts and shows, and all sorts of other new content. It is looking to capitalize on the fact that it has the highest number of unique views online, outperforming FoxNews.com. Like other networks, it will be a subscription-based service and catered to hardcore fans.

Yes, they saw 128 million unique visitors on their website in the second quarter of 2021. But that’s a lot of Internet searches looking for info for stories. It does not automatically translate to subscriptions. People who really love CNN are the ones who watch regularly, but those numbers appear to be dwindling. They can’t break one million in prime time. They can’t even get a big audience for their special events and town halls – including with the President of the United States.

But Joe Rogan can put out a 2-4 hour podcast episode and get it listened to by millions. Fox News can offer opinionated content and draw far more nightly viewers. The “most trusted name in news” seethes at the audacity, and so they attack out of a jealous rage.

Zucker created this atmosphere of tearing down those who do better. His focus on entertainment and creating a large audience forced the company to analyze what others were doing in a way that forced replication (copying what MSNBC did) or attack (going after the people who were doing better). They cannot admit their way of doing things is failing.

Consider the growing number of indictments from the John Durham investigation into the Steele Dossier. The indictments look pretty damning, but outside of conservative media, you aren’t seeing much about it. Outlets like CNN jumped on that bandwagon early, and what is now coming out is making a lot of their reporting suspect. They are silent because after spending all that time attacking Trump for some of the things in that dossier, they can’t now admit they fell for the gag.

Consider also that the product CNN provides on its cable network is dollar store MSNBC. The latter network has its hardcore base of fans, and people who want that kind of content know to go there. There is no reason to go to CNN when they can get it and see it done better at MSNBC.

And so it ends up that Rogan, Fox News, and even MSNBC, along other sources of information and entertainment, connect with their audiences better and keep them longer. CNN can’t be successful at that kind of media game, so they’re attacking two of the most successful out there. They’ll keep doing until they get new (and better) management. No one has told those personalities “No” yet. In fact, their previous management actively encouraged it.

See where it got them?