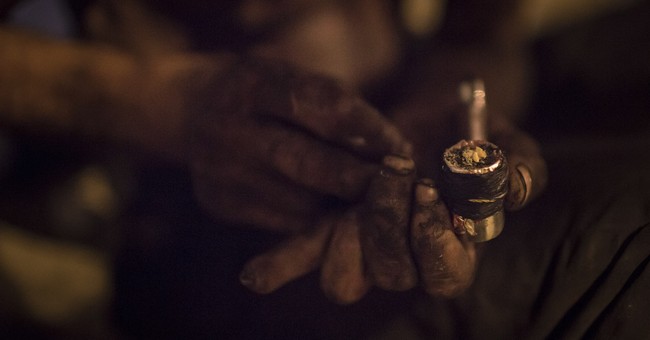 Did they or didn’t they? That is the question some are asking about the White House crack pipe funding scandal. When it was first reported that the Biden administration would be funding the distribution of crack pipes to underserved communities as part of “smoking kits,” it seemed like a Babylon Bee headline. But the Washington Free Beacon’s report was quite serious about the grant that would provide for these questionable drug-consuming resources.

After the White House denied claims that the grant would specifically fund the distribution of paraphernalia that would allow for the consumption of crack cocaine, meth, and other illicit substances, the issue received even more scrutiny. Now, after various reports from the Washington Post, and a rebuttal from the Free Beacon, the issue has become even murkier.

The Washington Post published a report in which it chronicled the crack pipe controversy and added more detail to the story. It outlined the saga from the beginning to where it stands currently. The author wrote:

From our jaundiced view of covering Washington for more than three decades, we thought we understood what was going on. We were struck by the fact that the official Department of Health and Human Services statement was more carefully worded than the sharp White House comment. We figured a sub-agency was chugging along with a new program and confirmed its plans to a reporter. When the story exploded, the White House reacted, the top brass at the main agency responded and suddenly a more specific policy was created.

When one looks at the details of the story, it seems possible the administration reversed course on its plan to distribute crack pipes after the Free Beacon published its report. But the Post discussed the email exchange between Free Beacon reporter Patrick Hauf and a spokesman from the media office at the Substance Abuse and Mental Health Services Administration (SAMHSA), which is an arm of the Department of Health and Human Services (HHS).

Hauf reached out to the SAMHSA after watching a webinar about the HHS grant that would allocate $30 million in harm reduction programs which include the smoking kits. “One of the listed types of equipment qualified to be purchased with grant money is ‘safe smoking kits/supplies.’ Could you please specify what these kits are and how they can help with harm reduction in communities?” the reporter asked.

Christopher Garrett, a SAMHSA spokesman, replied to Hauf with the following statement:

Unsafe smoking practices can lead to open sores, burns and cuts on the lips, and can increase the risk of infection among people who smoke drugs. Safe smoking kits have been identified to reduce the spread of disease. The proposal of using grant funds to purchase supplies for safe smoking kits must be justified by Harm Reduction Program applicants as to how they contribute to preventing and controlling the spread of infectious diseases in the Harm Reduction Grant application. Harm reduction programs that use federal funding must adhere to federal, state, and local laws, regulations, and other requirements related to such programs or services.

Garrett did not specify the exact material that would be contained in the smoking kits; he only outlined their purposes.

Garrett responded: “I wouldn’t limit to those two substances. It would reference ‘any illicit substance.'”

During the exchange, the spokesman never specified that crack pipes would be included in the smoking kits. Hauf never asked specifically if the drug paraphernalia would be a part of the program. It appears the Free Beacon reporter assumed pipes would be part of the equation because, in other harm reduction programs implemented previously, smoking kits would contain pipes. However, this is not the case with all such procedures.

However, in the original Free Beacon report, Hauf states that the spokesman told the news outlet that “these kits will provide pipes for users to smoke crack cocaine, crystal methamphetamine, and ‘any illicit substance.'”

Again, it appears Hauf made the leap to crack pipes without Garrett explicitly acknowledging that this would be part of the grant’s funding. Jorge Silva, HHS deputy assistant secretary for public affairs, told the Post that the reporter seemed to have jumped the gun, also noting that the spokesman’s statement indicated the smoking kids would need to be in compliance with federal, state, and local laws.

“He never asked, and we never confirmed,” Silva said. “I honestly don’t know how that would have been answered.” The official also explained that if Hauf had specifically asked about pipes, Garrett would have consulted with SAMHSA’s legal department before answering.

For its part, the Free Beacon acknowledged that Garrett did not explicitly confirm that crack pipes would be part of the equation. However, in an email to the Washington Post, he said:

They said they would not specify what is in the kits. Our follow up was to verify that the kits were in fact for smoking crack, which they confirmed. Based on what has been put in crack smoking kits across the country, we reported that the government would be funding crack pipes. This is what smoking kits are.

At this point, it is not clear what the Biden administration’s initial intentions were in regards to the smoking kits. Even the Post acknowledged that “[w]ithout HHS being put on the spot before the article was published, it’s difficult to determine what the policy would have been if the program had been allowed to proceed without adverse publicity.”

To make matters even more convoluted, the Drug Policy Alliance, a non-profit organization seeking to address drug addiction by seeking alternative solutions to strict laws, issued a statement accusing the White House of “backtracking on providing critical evidence-based resources that could greatly improve the health of people who consume drugs through smoking.”

It appears the organization was under the impression that the smoking kits in question would, in fact, contain pipes, which would indicate the White House originally intended to include them, but then changed its mind after the backlash. Matt Sutton, a spokesman for the group, did not state whether SAMHSA officials told him privately that glass stems or pipes would be funded by the grants. But he did say that some groups assumed they would be included.

“That was the intention,” he said in a phone interview with the Post. “It would seem pointless to distribute these kits without” pipes, which he said, “are the main part of the smoking kit to prevent the transmission of disease.”

In a post on Twitter, the organization expressed disappointment with the administration for not including pipes in the funding:

That’s why @HHSGov & @ONDCP decision today to remove pipes from safe smoking equipment is deeply disappointing. This is a missed opportunity to be preventative of more deaths due to overdose.

However, the Post also notes that “not all safe smoking kits include a glass stem.” The author wrote:

But not all safe smoking kits include a glass stem. The Free Beacon article, for instance, linked to a description of safe smoker kits offered by the North Carolina Harm Reduction Coalition that included a mouthpiece designed to fit on a glass stem, but not the stem itself. That kit also included rubber bands to prevent lip burns, screens, antibiotic ointment for sores and alcohol wipes for cleaning.

The Washington Free Beacon issued a scathing rebuttal, taking on critics and supposed “fact checkers” who ran interference for the Biden administration. The article claimed the White House’s story was “utter nonsense” and reiterated that many other harm reduction programs include pipes. “Take, for example, a program from California’s Department of Public Health, which openly advertises glass pipes. Other programs in cities such as Annapolis, Md., New Haven, Conn., and Seattle, Wash., all include crack pipes in their smoking kits,” the author wrote.

The article also explained that the HHS spokesman told the news outlet that the department “does not specify what is in the kits, leaving that detail to program participants at the local level.”

The bottom line is that this whole situation is a twisted mess. Is it likely that the Biden administration fully intended to fund the distribution of crack pipes in minority neighborhoods to promote “equity”? The answer is: Yes, it is very possible.

However, it is important to remember that this was not as explicitly stated as the original Free Beacon report suggested. Indeed, the fact that the reporter never actually nailed down whether or not the pipes were part of the kit gives the White House a level of plausible deniability, meaning that we might never know for sure. Either way, the issue does raise more questions of the most effective ways to combat drug addiction, and perhaps this will prompt a greater discussion on the matter.