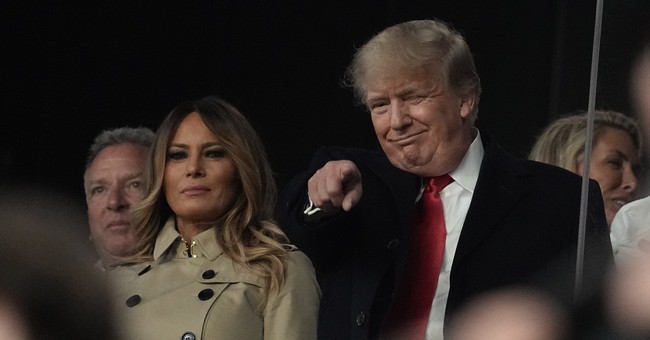 The first major shoe to drop was the indictment of Michael Sussman, who was an intermediary for Hillary Clinton digging up dirt on Donald Trump. In Sussman’s case, he lied about who he was working for and misled the FBI regarding the now-debunked Alfa-Bank story.

But given the vast involvement of other individuals working for the infamous Perkins Coie law firm, which Clinton used as a proxy to smear Trump with false claims of Russian collusion, Durham’s investigation was always likely to go further. We’ve seen hints of that recently, but his latest filing is a true “shock and awe” moment.

According to Durham, who is clearly trying to signal at this point that he’s got the goods on a lot of people, Trump was not just spied on. Rather, he was actually spied on while president by outside allies of Perkins Coie, from Trump Tower to the actual Office of the President.

This blows Watergate out of the water and makes it look like child’s play. Only in the current hyper-partisan environment, where Democrats can literally get away with anything, is this not a major national scandal. Here you have associates of Hillary Clinton, and allies of the law firm she was contracting to get dirt on Trump, using government channels to spy on him. And not just during the campaign, but after he became president.

The fact that all of this has only been exposed via Durham’s special counsel investigation is yet more evidence of just how corrupt the DOJ and FBI are. These facts had to have been known throughout Trump’s presidency, yet no one talked? That just doesn’t add up, and it completely vindicates Trump, who has long maintained he was being spied on.

The last question here is how long Durham is left to his own whims. As he gets closer and closer to the prize, will the Biden administration step in to shut him down? That would certainly be terrible optics, but Biden hasn’t exactly shown a penchant for caring about optics lately.

Regardless, Hillary Clinton was everything some suspected she was. Will there be accountability for her and not just her lackeys? I guess we’ll find out.