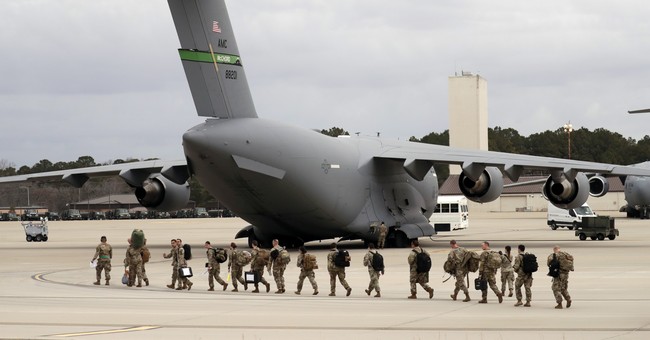 The alarm bell sounded for Ukraine. On Friday February 11th, the United States instructed citizens to leave Ukraine because America believes a Russian invasion is expected as soon as Tuesday, February 15.

The working theory here is that once the Russians reach a force level sufficient to ensure victory, they will attack, because they are blindly driven to be hegemonic. That is the “conventional” wisdom of the most hawkish contingent of US Washington Establishment analysts.

But is that assumption set in stone? Going back into history, there was a time the USSR reached the point of forces building up sufficiently to win against NATO. It was 1975. The US was reeling from losing the Vietnam War and Russian anti-aircraft missile had proven themselves capable of decimating state of the art combat aircraft when operated by trained technicians in the 1973 Yom Kippur war in Israel. The Table of Equipment (that’s a technical term in warfare analysis) of the force structure facing off across the Fulda Gap. Every arsenal analytics model said NATO was toast.

But the USSR did not attack, something that flabbergasted the hawks I worked with in the 1980s. This fact was first pointed out to me when I started working on nuclear deterrence and arms control. Ronald Reagan never underestimated the deep motivations of the Russians to want to be able to sleep at night knowing their borders are safe. It lives at the very core of all that is precious to them, to people like Vladimir Putin.

This rush to war is going to be a black eye for America. Never mind the false bravado of supplying the Ukrainian military with daily shipments of antitank missiles. Every military analyst knows that while the Russian army may be hurt, it will prevail on the battlefield. And there will be no reinforcements coming to save Ukraine from the west.

My own prediction is that the battles will never take place. Most likely, the fix is already in. As in Afghanistan, the Ukrainian leadership is most likely to evaporate and abandon the country. The music is stopping. The real scramble in the next seven to ten days is about cashing in on corruption. Officials who profited will be extracting wealth and making plans to escape before giving the green to hand over the keys to Vladimir Putin.

Let’s be clear here. This is exactly what Joe Biden let happen in Afghanistan in the August 2021 abandonment of that country. Corrupt government officials negotiated a series of self-interested exits with the Taliban leaving the ordinary people of the country to their fate. Afghanistan is presently experiencing a winter humanitarian crisis with insufficient resources to survive.

Despite the enthusiasm of the Washington Establishment brain trust and the US mainstream media repeating the White House narrative, the reality is that Biden has not been able to raise a consensus among US allies to come to a real defense of Ukraine. The press is a docile flock living in fear, if they don’t follow the program, their White House press passes will be confiscated. There is no fourth estate debate. And it’s leaving the American people blind and set up to be abandoned to our fate as well.

The other countries see though the US charade. No one wants their troops to enter Ukraine and risk trading artillery shells with the Russians directly, certainly not when the Whitehouse telegraphs that the US does not have the stomach to back up its rhetoric. It’s campaign fluff. Total paper tiger nonsense. No wonder countries like Germany aren’t in the mood to play along.

Everyone fears such an escalation could get out of hand. The US is risking taking the situation beyond even the worst days of the Cold War into a kinetic battle on European soil where all the escalating risks that could lead to a world war return to haunt the Old World. And for what? Ukraine? Really? It’s not worth risking the entire fabric of civilized Europe catching fire.

But Biden has also repeatedly refused to engage Putin directly to explore the obvious solution to the crisis which is for the US, NATO, and Russia to all agree to a ten-to-fifteen-year moratorium on the fate of Ukraine. The west agrees not to invite Ukraine to join NATO. Russia agrees not to invade or interfere in the internal affairs of Ukraine. The agreement would call for the end of Russian support for the separatist movement in Donbas. It would also create a path for both the West and Russia to demand that the Ukrainian government embark on a decade long campaign to stamp out corruption. In the meantime, the European Union and Russia can continue improve direct economic relations thus expanding stability of Eurasia.

The inconvenient truth that is that it would also mean that the records of corruption in Ukraine will remain intact and auditable as a “diplomatic solution” plays out; something unattractive to those who would rather have such records destroyed in shelled out buildings rather than come to light to hold perpetrators accountable. Now there’s something the big news bureaus should be assigning their best investigative and forensic reporters to right now! Someone should be looking for signs of people getting ready to bug out. Someone should be looking to find evidence before it disappears.

For some reason that just does not add up, the only path that Americans are being told remains is for the West to give up Ukraine by deliberately failing to defend as it falls it while paying lip service to protest through diplomatic channels as an effectively prearranged handover of power plays out.

As part of the optics, the Biden team promises sanctions against the Russians. But anyone with any understanding of how “rational economic wealth maximizing behavior” works already realizes that a US coerced sanctions regime will not hold up over time. The European Union’s self-interest is to engage in increasing business relationships with the easternmost kingdom of Europe. It will eventually result in US influence crumbling. The NATO alliance itself is potentially a casualty of the process.

In a sense, this is a point in history that, if looked at objectively, is part of the process of demobilizing from World War II; which is why some analysts and media repeaters have compared the situation to the dangers the world faced in 1939 just before the beginning of World War II. The world will either find an answer that continues towards a sustainable peace or begin a cascading failure towards ultimate destruction.

Bluntly, the question for the Europeans and Russians in the next five days boils down to, “Do we let Joe Biden’s America get away with this?” Or do they collectively wake up this weekend, come together, bypass the United States, and send a telegram to Washington on Monday that says, “Yankee Go Home”.

The Europeans and Russians could, without the US, declare at 10-year postponement of deciding the fate of Ukraine. The United States can be told that if we want to be part of the process we must commit to helping expose and clean up corruption in Ukraine, including investigating any money laundering activities that have worked their way back into the United States.

If the Whitehouse is right, the world needs to answer this question by Tuesday.