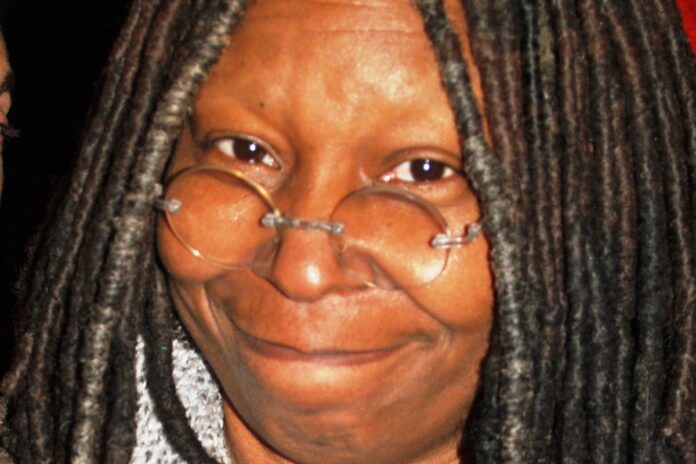 It’s amazing how ‘The View’ is still on. The hosts are the most liberal Democrats to walk around America. And, they have the power to convince millions of Americans that their views are the correct views.

We would have all been better off if they had followed through on their threat of moving out of the country if Trump were to get elected. Yet, here we are more than four years later. And, the hosts are more divisive than ever before.

Sunny Hostin, one of the show’s co-hosts and also an ABC News legal analyst, has said that “we need to shun those that refuse to get vaccinated.”

Clearly, she’s not on board with Biden’s call for unity.

If it were up to Hostin, she would simply allow businesses and even modes of public transportation to shun those who choose not to get vaccinated. Of course, in order to identify whether you’re been vaccinated or not, it would require showing a vaccine card everywhere.

Businesses couldn’t even bother to guarantee that people wore a mask into stores during the height of the pandemic – and Hostin is naïve enough to think that they’ll check for vaccine cards.

She wants to say that the Trump administration was anti-science when former President Trump was the one that launched “Operation Warp Speed” to get vaccines out to Americans.

The co-host is playing into the fear-mongering of the Biden administration. She’d rather pay attention to Dr. Fauci than to science.

The CDC has said that it’s possible for people to socialize with one another if they wear masks. If people are socially distancing and are outside, the CDC even says that people don’t have to wear masks.

All of this is being promoted without having the asterisk of being vaccinated.

For nearly a year, the United States allowed people to enter businesses, restaurants, and public transportation without a vaccine as long as they wore a mask.

Now, Hostin wants to turn it into a public health issue that requires people to be vaccinated – even if they’re still choosing to wear a mask.

It’s time that she pays attention to where her skillset is – legal and not medical.

She’d love to blame the death of 500,000 people on Trump when Biden has come out and said that there’s nothing that he could have done differently. There’s no way that the COVID-19 deaths can be pinned on Trump. Any president, regardless of political affiliation, could have done things differently.

Hostin wants to do the same thing that Dr. Fauci is doing – spread fear without offering a sign of hope.

Why should people get vaccinated? Dr. Fauci has said that even as people vaccinate, masks could be required through 2022. And, with various side effects, such as what happened with Johnson & Johnson, people are still skeptical of whether they’re safe or not.

Additionally, Hostin fails to realize that there are millions of Americans labeled as anti-vaxxers who won’t vaccinate against other things – polio, measles, and more. Where has she been for decades to shun these individuals, too? Aren’t they a threat to public health as well?

If people are to get vaccinated, they need a sign of hope. They need to be told that things will get back to normal.

The reality is that Hostin contradicts herself. She says “We now know that studies show, had the pandemic been dealt with in a different way, in a public health manner, and had these masks and efforts not been politicized the way they were, we could have saved hundreds of thousands of lives.”

The problem is that Dr. Fauci was the one spreading the misinformation. In April of 2020, he was telling people that they didn’t have to wear masks. He only confused the issue when, a few months later, he urged Americans to mask up.

Even now, as there’s the need to spread a consistent message, the co-hosts of ‘The View’ fail. They have the ability to calm Americans down and act as a beacon of hope. Yet, they would rather continue to pass on the lies of the Biden administration and keep pointing the finger at the former Trump administration.

While she may be entertaining on ‘The View,’ her message shows just how un-American she is with her desire to shun those who simply want to protect their health in other ways than being vaccinated.