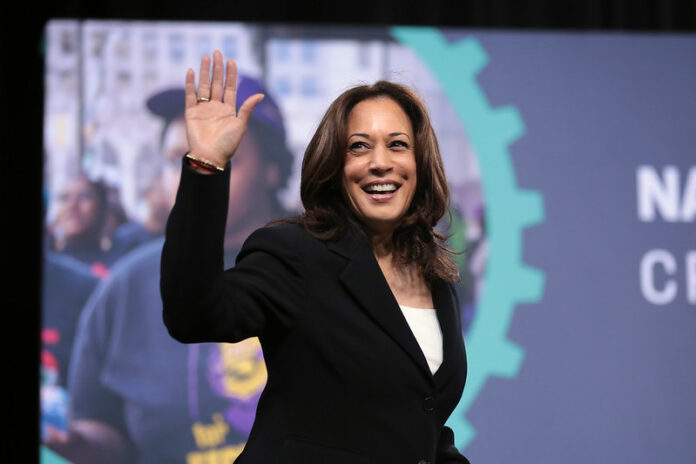 Kamala Harris is finally breaking her border silence and has announced that she intends to deal with the problem. After nearly two months of silence, she has come out and stated that there is a problem. And she has every intention to deal with the issue.

Aside from all-out lunacy, her plan makes no sense at all. At a speech that she was giving in Washington, she noted that her attack plan is to come at immigration by attacking climate change. She believes that the people coming across the border are doing so because the climate issues that she imagines are a real threat.

She passionately stated that “Last week, President Joe Biden and I reached the 100th day of our administration. In that time, we have let the world know, and the president has been very clear about this, America is back. We have rejoined the Paris Agreement, we are ending our nation’s longest war, we are rebuilding our alliances and engaging partners all over the world, and we are revitalizing our relationships throughout the Western Hemisphere from the southernmost parts of South America to the northernmost parts of Canada and everywhere in between.”

She sees America as being in some war that stretches the bands of the time. She talks about trade issues and how America needs to strengthen Latin American ties and really blabbers on about nothing.

She honestly thinks that the strength of the United States depends on other countries. In fact, the nation is strong without the other nations in Central America. The land of the free and the home of the brave is what makes other nations strong. The only complication that exists is her false belief that America somehow owes the world something for being great.

She stated that “Today, I want to make clear that our administration firmly believes in the potential of the region and in the power of the people of the region. Latin Americans are shaping their own future. They are writing their story. They hold the pen. As I see it, our role is to read those words, take them in, and help however we can as Latin America writes its own next chapter. Put another way, the United States is committed to supporting the vision of the people in the region in their needs for relief, in their hope for opportunity, in their calls for justice.”

Somewhere in the nonsense of her speech, she may get to the point that immigration is a problem and needs to be dealt with. But she is the least qualified person in the world to be dealing with the issue.

She wants to send millions of dollars to the region with the hopes that it will help climate change. But that money will only end up in the padded pockets of the corrupt leaders destroying the nations that she believes the people want to stay in. She is now living in Biden’s world of craziness