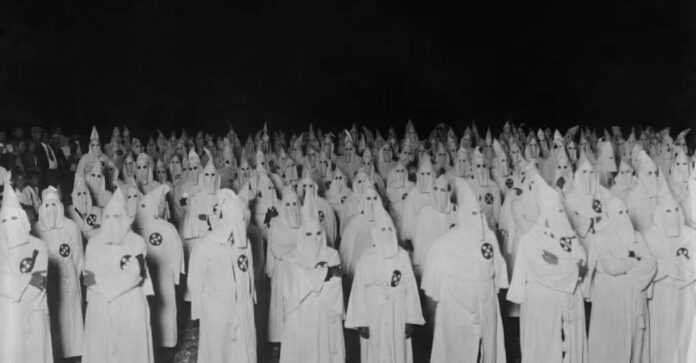 We’re in the middle of Black History Month. So, what better time than for Black people to talk about all of the different ways in which white supremacy can manifest itself in life?

Apparently, professionalism is now a sign of white supremacy.

Essentially, this is a way for some Black people, who would rather blame all of their struggles on white people, to determine that they don’t have to be professional.

Now, this is insulting. It’s also wildly inaccurate. But, let’s keep moving forward in order to entertain this theory.

Professionalism is about being ethical, positive, respectful, and capable of exhibiting a certain level of decorum – in the workplace, in sports, or virtually anywhere.

Who decided that Black people are incapable of being professional? Every Black lawyer, doctor, CEO, and other “professional” are probably furious at such a proposal.

At Washington University’s Brown School, they decided to stir the pot. The St. Louis-based college decided to pose the question of “Is professionalism a racial construct?” during a virtual event.

The video, which aired on February 1, decided to use this as a description: “The term ‘professionalism’ has at times been used to silence and marginalize people of color when attributes of appearance, language or interactions that have nothing to do with job knowledge or constructive collegial relationships are labeled as ‘unprofessional.’”

This sounds like there are simply some Black people who are upset that they got judged for wearing a hoodie or ripped jeans to a job interview.

However, they continued by noting that there are certain traits of the white supremacy culture, as noted by Campus Reform. This includes a sense of urgency, perfectionism, and defensiveness.

The “defensiveness” is particularly amusing. That way, if white people get upset when Black people start pointing the finger, they can just claim it’s another part of being a white supremacist.

Now, there are countless Black professionals all across the U.S.

Do you think Barack Obama would say that being professional is a sign of white supremacy? Or how about Clarence Thomas, a Supreme Court Justice? Of course not.

Just as some people are professional, others are not. It’s not about race. It’s about upbringing, it’s about understanding the need to be professional, and it’s about conducting one’s self in a way that is socially acceptable for the specific situation.

The Assistant Dean for Field Education at St. Louis College, Jewel Stafford said, “Even though we’re working really hard, there’s a narrative that we’re not enough, that somehow who we are, what we do, it’s just not enough.” Well, you could start by being professional and stop whining about everything…how about that?

Calling out professionalism is just as bad as how the Smithsonian National Museum of African American History and Culture called out a long list of components of “Caucasianness” in 2020. Such things included being polite, thinking objectively, planning for the future, and even believing that Christianity is the norm.

Ummm, so all of the Black Baptist churches across America don’t believe that Christianity is the norm?

This is a ridiculous way of thinking that isn’t even accepted by the majority of Black people across America. It’s a construct by the lazy Black people who don’t want to work hard and who want to blame society on why they can’t get ahead.

It’s divisive, and it has to stop.