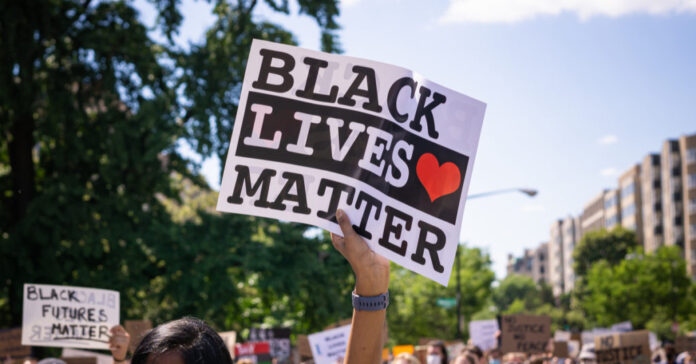 Most of us know that Black Lives Matter or BLM has been problematic for a while now. And no, I’m not just talking about the fact that they have continually organized protests and riots that have gone on, destroyed entire city blocks, burned down businesses, and even attacked federal courthouses – in the name of “bringing awareness” to race issues.

I’m sure I’m not the only one to call BS on that.

But now, it seems that they are getting trouble for a whole slew of other reasons, most notably that their finances or financial reports are either nowhere to be seen or not adding up.

The biggest news about the group comes from California, where the state’s Department of Justice has gone so far as to threaten BLM and their leaders, holding them personally responsible if reports are not soon produced and submitted.

According to the Washington Examiner, BLM has supposedly brought in some $60 million in donations throughout 2020. And yet, the group has failed to submit nearly any documents or financial reports as to either where this money is coming from or where it is going.

In a letter sent to the group by California’s DOJ on January 31, “The organization BLACK LIVES MATTER GLOBAL NETWORK FOUNDATION, INC. is delinquent with The Registry of Charitable Trusts for failing to submit required annual reports.”

These reports include the required 990 forms from 2020, which are mandated for all groups such as BLM for them to be exempt from income tax.

And as the DOJ has yet to hear anything in reply to their letter from the group, the department is ready to begin barring BLM from “soliciting or disbursing charitable funds” until the required forms are submitted. The letter also states that should the matter not be resolved within 60 days, the DOJ has the right to revoke BLM’s tax-exempt status, as well as impose some rather serious fines.

According to the letter, fines can be tallied for “each month or partial month for which the report(s) are delinquent.”

These fines will not just be given to the group as a whole, though, but to their “directors, trustees, officers, and return preparers,” as they are “responsible for failure to timely file” the reports and, therefore, are “personally liable” for all payments, penalties, interest, and other costs that be incurred along the way.

But it’s not just BLM in California that is in trouble. As the Examiner noted in a separate article, the group’s presence in Washington state has also come under fire for the same reasons. As of January 5, the state ordered the group to “immediately cease” any and all fundraising until such reports were submitted.

But as of Monday, neither the BLM in Washington nor in California had stopped receiving donations from its supposed supporters. And so, the DOJ has said that the group and its leaders may face additional fines of up to $2,000 for each donation it has either received or asked for since the group was notified of their requirements.

To be clear, they are in some serious hot water.

The outlet also reported that states such as Maine, Connecticut, Maryland, North Carolina, New Jersey, and Virginia have all had issues with BLM, noting that they are out of compliance with the charity registration.

Naturally, this has led state leaders in multiple states to question BLM’s intentions and the legality of their operations. Some, such as Republican Lavern Spicer, who is running for Congress in Florida, say it signifies an attempt to hide where their donations are going.

You know, such as their leaders’ already well-lined pockets.

You might remember that currently, Black Lives Matter has no actual leader due to allegations that their former head of operations and co-founder, Patrisse Cullors, was partaking in questionable financial practices. This, of course, was after it was found out that Cullors had bought at least four luxury estates since her time as BLM leader, which included one worth about $1.4 million in Malibu, California, and another “custom ranch” in Georgia that contains an indoor swimming pool and an airplane hangar.

And since her resignation in May of last year, both of the people named to succeed her have had so many problems with the charity that they have refused the job.

As CharityWatch Executive Director Laurie Styron says, BLM is “like a giant ghost ship full of treasure drifting in the night with no captain, no discernible crew, ad no clear direction.”

And it appears states like California are finding that out and aren’t happy about it. Talk about a sinking ship…