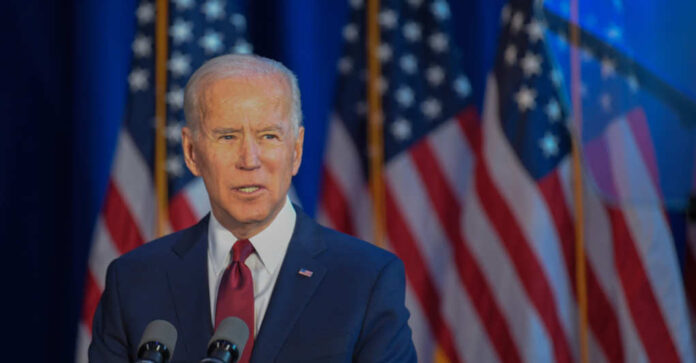 This past week saw all new developments in the drama that has become of Joe Biden’s Presidency. While meeting with governors to discuss the COVID prospects for the future among other topics, President Biden found himself selling his script to the wrong audience. The governors asked him very directly about the idea of changing the channel.

For two years governors across the country have been all over the message surrounding COVID. They want to see the country getting healthy, and the economy reopened. So they asked him to get past the narrative and leave the pandemic behind them. To which the President said, “We’ve got a way to go on that.”

A way to go on that? We have been doing the science of not trusting the science for nearly two years. We have been trying new methodologies, new treatments, new preventatives, and everything you have pushed. The American people have been through so many masks and vaccine arguments it’s enough to choke a cow. The people, the governors, and small businesses are tired of the ever-changing narrative. It is long past time to change the channel, and yet Biden wants it left here.

People have been looking for reasons to declare the man mentally unfit. This alone should be enough proof that he needs a comprehensive and independent exam of his mental health. While the inquiry here is about the well-being of America and its citizens above all else, it would be naïve to say that there isn’t a concern for the President as well.

His decades of public service cannot be ignored. He has been a fighter for what he believes in, and now that belief is switching on an inconsistent basis. Mentally he has become unstable, and much like any man he doesn’t want to be remembered as old, feeble, and incompetent. To allow him to remain in office would be an embarrassment to himself and America.

America’s governors see the problems he is creating and sending a message after this gathering. Giving him what sounded like a very generous D grade on his performance, they expressed grave disappointment in his withdrawal from Afghanistan, lack of communication, and inflation. Given his response to their request to drop COVID as a large concern, they have every right to be upset. His reliance on the pandemic to keep pushing his agenda while not communicating with leadership sends a bad message.

Showcasing that you are ready to hold the country in a strongarmed position until your demands are met for the Build Back Better bill to be passed, and to change the filibuster is a dangerous precedent to set. It should also be concerning that he could potentially use COVID concerns to force America back into lockdowns yet again. While Europe has attempted them to only discover that they destroyed their economy and society, Biden trumpeted them as the savior to the people.

President Biden also alarmed them with claims he made afterward about a seemingly unrelated topic. “It’s ambitious. But it’s completely doable. Just as we harnessed the size to develop cutting-edge, COVID-19 vaccines and treatments, we’ll bring a fierce sense of urgency to the fight against cancer.”

While it is noble to do this given how he lost his son Beau to cancer, this message is coming at a point in time where he cannot afford to reallocate resources to this fight when he is unwilling to admit COVID should now be seen as the flu, and the states can ease off the restrictions. We can also stop sending the at-home kits and masks out. President Biden is taking credit for vaccines developed under President Trump. He was presented with a roadmap for how to leave Afghanistan and failed to even look at it. He has been a failure at every turn, and people finally see it.