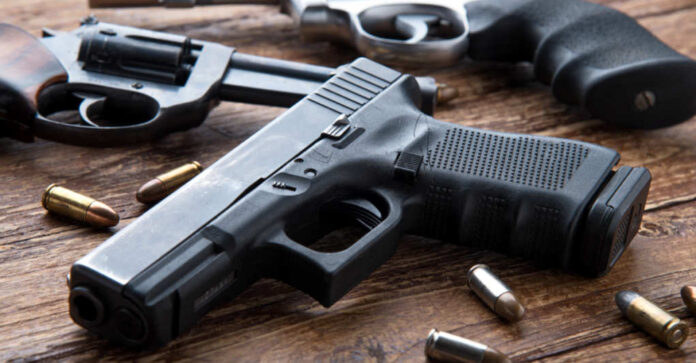 As law-abiding American citizens, our national Constitution says we have the right to arm ourselves, whether that’s for self-defense, hunting, or plinking around on the range.

However, that hasn’t stopped numerous politicians and activists over the years from trying to take that given right away, or at the very least limit it.

One of the most recent examples of this comes to us from San Jose, California, where Mayor Sam Liccardo has recently instituted a plan that would not only limit one’s gun control rights but take them away entirely if you don’t comply with his rules.

Basically, the idea is to place a tax or “fee” on all gun owners in the city each year, as well as require insurance for such ownership.

According to CNN, Liccardo said about the plan, “Certainly, the Second Amendment protects every citizen’s right to own a gun. It does not require taxpayers to subsidize that right.”

And so, he thinks he’s justified in making some money off of our rights.

Furthermore, if someone doesn’t abide by those rules, either having insurance taken out on their guns or paying their annual fee, Liccardo thinks their rights to gun ownership can be forfeited.

According to the Democratic mayor in an interview with Slate, this is really no different than paying insurance on your vehicles, which like a firearm, can be dangerous in the wrong hands. He neither believes it’s any different from newspaper companies having to pay taxes, even though the same Constitution that gives us gun rights allows them to print and publish and be in the business of free speech.

Plus, he believes that in certain situations, the ability for law enforcement to seize firearms could come in handy and create safer environments. He gave an example.

He said, “Encountering people with guns, out on the street, in bars and nightclubs – you can imagine a host of different venues where a police officer would really like to have the ability to remove a gun from a potentially combustible situation. For example, there’s a bar brawl, and they’re patting down everybody, and someone’s got a gun. ‘Have you paid your fee? You have insurance?’ ‘No.’ OK, well, there’s an opportunity for us to remove the gun.”

He went on to explain that once a gun owner could prove that such fees were paid or insurance was taken out and that they were a “lawful gun owner,” the gun would be given back, presumably after that individual had either cooled down or sobered up.

Liccardo also insists that just because we have the right to own guns doesn’t mean he doesn’t have a right to fee you for that right. Besides, at $25, he doesn’t think the fee is anything to be worried about. And to some degree, he’s right. $25 isn’t all that much compared to the price of most firearms or even the ammo used to operate them.

However, as many gun owners and gun rights activists would point out, that’s not really the problem.

And Brown is making his disapproval of the plan known, even before it has been fully written into law.

As of right now, the plan is just that. It has been proposed and was given initial approval on January 25. However, before it can be put into action, presumably to begin in August, it will need to be given a second reading and a second approval, which is set to take place later this month.

But as Brown says, it doesn’t matter where they are in the process, he is going to fight it and has already filed a lawsuit against it.

He told CNN, “We opposed this ordinance every step of the way, and we will see this through to the end.” He later added that their message is “clear and simple: see you in court.”

Thank God for those like him who are willing to go the distance to see that our Constitutional rights are upheld. No one should have to pay a special fee or be forced to take out insurance for something they have been given the right to do. While gun control is certainly popular in California, this might be too much for even there.