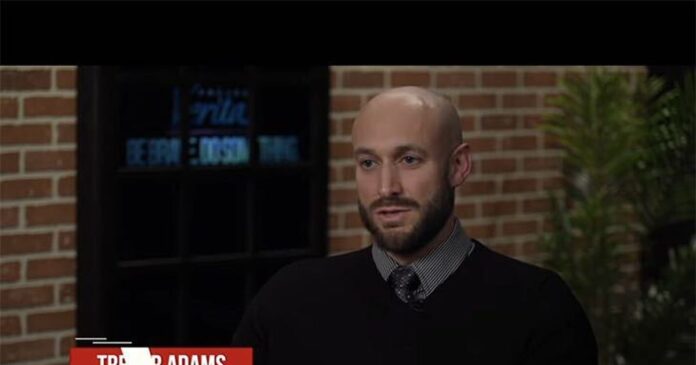 Here at the sports desk located somewhere below decks of the Good Pirate Ship RedState, we prefer our sports reporting to be actual reporting about… you know, sports. Victories, accomplishments, championships. The reasons we watch sports. For the entertainment. So we can marvel at the abilities and achievements of athletes. As was said way back at the beginning, ball don’t lie and ball don’t care about skin color either. So, why should we?

Try telling that to ESPN. Last year’s Maria Taylor versus Rachel Nichols tiff was an indicator of the disease that permeates the self-proclaimed worldwide leader in sports. Now, some work by Project Veritas and a brave ESPN employee has thoroughly exposed the reverse racism and sexism running rampant throughout the network.

The video reveals a network trapped by its own overt embracing of BLM.

Here are some of the highlights from today’s video:

Whistleblower-recorded audio and video show numerous ESPN employees discussing what they see as a toxic, racist workplace environment which directly contradicts the image that ESPN tries to project.
In one clip, a black studio operator discusses, “the racial shit that happens in here all the time.” In another clip, a black woman working as an audio communications specialist says “that’s not how it is” when addressing the difference between ESPN’s workplace environment and social justice image.
On-air talent Alyson Lang, who covers the SEC for ESPN: “I know the comments that have been made to me at work and the conversations that have been had in front of me at work, like, I mean just blatantly racist sh*t. Just blatantly, like, complaining to me that we have three white hosts, and I’m like, ‘What do you want me – do you want me to leave?'”
On-air talent Matt Schick, who’s been with ESPN since 2012, said, “It has different connotations now,” when talking about what it’s like to tell people he works for ESPN. In the next soundbite, he calls ESPN, “a global entity of forced thought.”
The whistleblower, ESPN Studio Operator Trevor Adams, sent a company-wide email outlining these concerns and was subsequently identified by the company as a “threat” which resulted in law enforcement being sent to his home. He was terminated soon after an attempt from Project Veritas to obtain a comment from Human Resources.

Project Veritas has promised there is much more to come.

None of this should come as the slightest surprise to anyone. This is the network that did nothing when Jalen Rose accused the outspoken liberal Gregg Popovich of racial cowardice when he originally selected Kevin Love for last year’s Olympic men’s basketball team, thus not having an all-black team while “conveniently” forgetting that the 2016 team was … brace yourself … all-black.

ESPN does not exist for sports insight. It serves no one and nothing but itself. In the process, it has managed, once again, to become a safe haven for the very racism it pretends to decry.