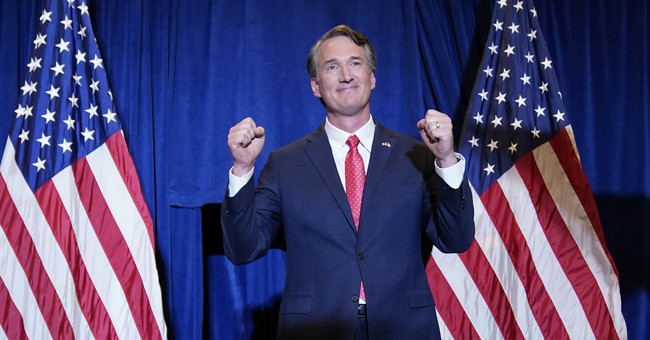 On the first day that Virginia Gov. Glenn Youngkin took office on Jan. 15, one of the first executive orders he signed was one allowing parents to opt their children out of mask mandates. Now, this is obviously in the best interests of both the parents and the children in Virginia.

But that didn’t stop people who seem to want to be hidebound to masks from objecting. The order has faced multiple challenges including from a group of parents in Chesapeake, Virginia. They claimed that Youngkin was bound by state law to mandate masks.

Now the decision from the Virginia Supreme Court is in and they did not agree with the challenge. They said there was nothing in the law requiring that he mandate masks and they dismissed the petition.

“We dismiss the petition because the relief requested does not lie against any of the respondents,” the court wrote in its ruling. “Absent an explicit command that Governor Youngkin take definite positive action in conformity with a mandatory and ministerial duty, mandamus cannot control or restrict his effort to influence school masking requirements, even if such effort is unlawful.”

Youngkin and his attorney general, Jason Miyares, cheered the dismissal as a victory for the “rights of parents to make decisions regarding their child’s health, education, upbringing, and care.”

While this was a good result for Virginia and parents, it’s not over yet. This wasn’t a decision on the ultimate merits of the executive order and litigation on that continues. On Friday, a court put a restraining order on the executive order taking effect after seven school districts that wanted to keep their mask mandates. So we still have to wait on that litigation to get a final determination on the matter.

But even as the left in Virginia tries to hold onto the masks, liberal governors in other states are tossing the mask mandates.

You even had Gov. Murphy of N.J. say that we have to learn to live with it.

As we reported before, the governors as a group have agreed with that general statement.

“To be clear, this is not about pro-mask vs. anti-mask, but rather parents making decisions about what’s best for their child’s health,” Youngkin said. “And we are pleased to see that other states, including New Jersey and Delaware, are following our reasoning and a path to normalcy.”

We’re not all the way there, but there’s a lot of positive movement.