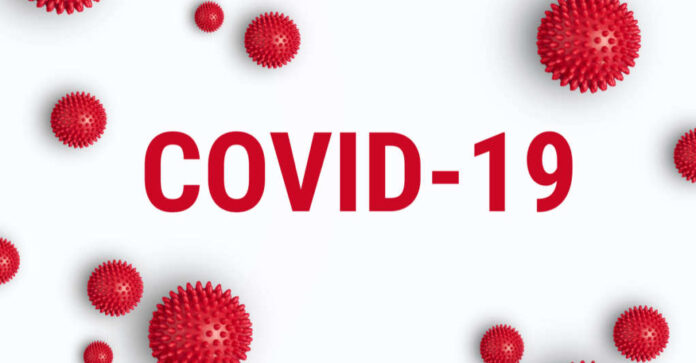 The COVID-19 pandemic is a significant pain for a lot of people. It has killed untold thousands and changed life forever. The terrible part of the virus is not that it continues to grace itself worldwide with seasonal attacks. The terrible part is the way the Democrats have latched onto the virus as a means for them to seize power and elevate themselves up as the final authority on viral infections.

Illnesses that come around when the weather turns cold. The virus is rapidly joining the common cold and the flu ranks. But the liberals will never admit that it is happening. They will never let go of the control because they need to be all-powerful. They need to control every movement of every person in America.

The liberals have tried everything in their viral playbook to become the final authority regarding COVID-19. They have locked people in their homes and forced people to wear masks for two years. They have even tried to force vaccinate the country only to be sued in court multiple times. And when they could not get people to comply, they resort to punishing people for making their own choices.

Joe Biden and his administration have tried to empower different agencies by punishing businesses and workers with income loss and fines for not getting the vaccination. Local governments controlled by the liberals have tried guilt and civil penalties against those fighting back. They have even tried to make examples out of people by arresting them and shutting down their businesses.

The liberals refuse to admit that they have made a terrible mistake with handling the pandemic. They will never admit that their lockdowns were purely selfish and designed to make life miserable for people. They never once obeyed the mandates themselves since many of them were found violating the rules. And, of course, they would never submit to the harsh reality of punishment themselves.

The only thing these people could do was shift the blame to others. They maintain that the mandates and lockdowns failed to stop a virus from getting out of control because the people would not listen to them. They tell people that it is their fault because they would not stay locked up in their homes for years at a time until the ignorant liberals would give the announcement that it was time to emerge from viral hibernation.

RedState gave one report of a “New York father was forced to confront the principal of his daughter’s school. The principal had forced the student to wait alone in a cold lobby area without access to food or water because she refused to wear a mask. The state mask mandate had been just been struck down, but the principal feigns confusion and indicates that until he can confirm human rights have been restored to his students, he will continue to deny them their human rights.”

The liberals terrorize any person that they can get their hands on. And since they cannot win against adults, they often target children hoping that the parents do not find out or get involved. The liberals have brainwashed their followers so that they cannot fathom life without a mask hanging from their slobbering chin.

RedState also reported on a “Los Angeles student who is unvaccinated for COVID for religious reasons and was subjected to being “cordoned off” from other students with other unvaccinated teenagers in the name of COVID safety. When she complained and tried to join the other students, the school called the police.” And somehow, it is the fault of the person simply trying to live for all the trouble.

The ignorant liberals will continue to try and punish and victimize people until they can place the blame solely on the ones that they are trying to hurt. They believe that if everyone gave up their freedoms and trusted a big government, things would get so much better. But what they do not understand is that for government to control every person, they must resort to punishment to try and keep their liberal utopia in place so they can live like kings while everyone else suffers.