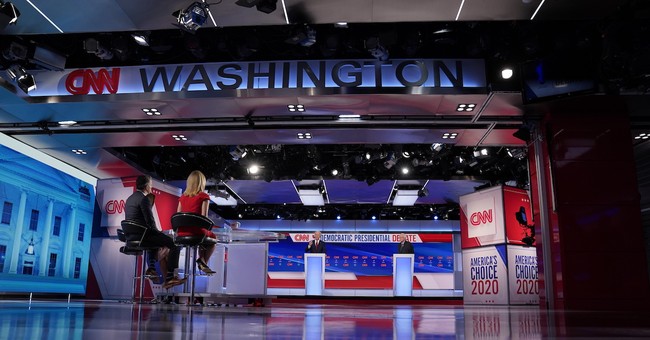 The ouster of Jeff Zucker as captain of CNN has elicited various emotions from the public, but when it comes to the network’s hosts and staffers, they have almost universally disapproved of the move.

Zucker resigned after it came to light that he had hidden a long-time affair with executive Allison Gollust, who remains at CNN currently. Figures like Brian Stelter rushed to question the resignation, ignoring the serious ethical implications not only involving the affair, but also Zucker’s interactions with former New York Gov. Andrew Cuomo.

There definitely seems to be a strong fear among CNN’s current establishment that changes are coming, and that those changes could threaten some of the more entrenched hosts and executives. That’s especially true, given that CNN’s ownership is set to change soon following Discovery’s recent purchase of the network.

Now, Discovery CEO David Zaslav, who will be overseeing CNN soon enough, has made a revealing comment regarding the liberal network. Per Mediaite, which has now changed its story (which I will get to in a moment), Zaslav proclaimed “we’re the leader in news to the left” while speaking about CNN during an appearance on CNBC.

“Man, you weren’t kidding,” Kernen said, also laughing. Then, sheepishly taking back his question, Kernen said, “that was an aside. I probably shouldn’t have said that.”

Zaslav has, in the past, signaled a dissatisfaction about CNN’s current direction, noting that he felt things would be better off if we “just had news networks in America.” Clearly, there is some consternation going on at Discovery ahead of their takeover, and why wouldn’t there be? CNN’s ratings are in the toilet, and they’ve lost every bit of credibility they once had as a more neutral news network. You can imagine those realities have hurt the network’s finances as well.

If changes are coming, that would explain why so many people are going to bat for Zucker as being irreplaceable when he was objectively failing. He was the protector of the status quo, and a lot of hosts and staffers had gotten really comfortable doing their own thing without much accountability.

But as I said, Mediaite has “corrected” its story, with the latest claim being that Zaslav meant the left side of Discovery’s portfolio.

Correction: Mediaite has learned Zaslav was referring to the left side of the Discovery portfolio, not the left side of the political aisle. Though Zaslav himself did not dispute the context of the comment when Joe Kernen asked for clarification, his true intent was made clear when Zaslav followed up by saying he views sports as being on the right side of the portfolio. Mediaite regrets the error. See an updated version of our story below.

Put me in the camp of not buying that clarification from Zaslav, especially when he had a chance to say what he meant immediately and didn’t. The mention of sports being on the right side of the portfolio later smacks of him trying to clean up the mess he made. Besides, CNN is not a “leader in news” — unless you are expressly talking about the left.

Regardless of what he actually meant, I don’t think Discovery bought CNN to keep things as they are. I do think changes are coming, and that could include some big names being moved from their perches. Something has to give because no parent company buys a network just to keep the terrible ratings going. Discovery is going to want a return on its investment, sooner rather than later.