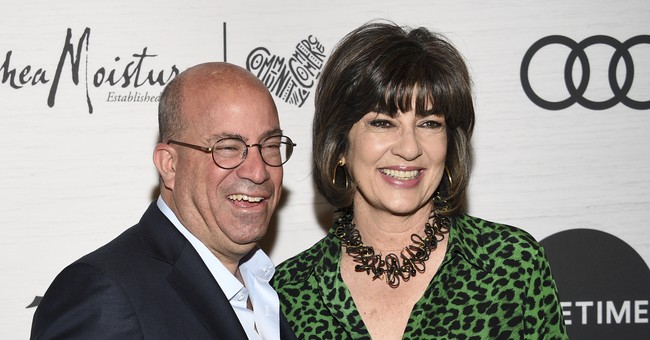 In case you haven’t heard, CNN’s Jeff Zucker is out of a job. He resigned (not by choice) on Wednesday, bringing an end to his nine-year tenure as head of the liberal network. Ostensibly, the reason given was that he failed to disclose an affair with his long-time lieutenant, who is still employed by CNN. But there’s plenty of reason to believe that the story goes much further, and it appears to include misconduct regarding former New York Gov. Andrew Cuomo.

During his stint, Zucker essentially ran CNN into the crowd, with a viewership drop of 80% residing on his record. Still, the hand-wringing at his departure was extensive. Examples began to surface of CNN hosts and staffers expressing outrage. How could they possibly replace someone who had failed so spectacularly?

That angst starts to make more sense, though, when you think of things in terms of preferred narratives. It wasn’t that Zucker was doing a good job by the numbers. The network was and is collapsing, after all. Rather, it was that he was protecting the right people, within the network and outside the network.

And when it comes to the latter group, it sure seems like the January 6th Committee was colluding with Zucker. What’s my evidence for such speculation? How about members of the committee asserting that Zucker’s departure represents a threat to “democracy?”

What does it say about CNN’s credibility that those mourning Zucker’s demise are some of the most dishonest hacks in existence? But I don’t think those are idle reactions from the sidelines.

While you probably haven’t wasted your time watching any of it, CNN has become January 6th-central over the last year. Aside from the non-stop coverage and analysis long after the event stopped being newsworthy, the liberal network also secured exclusive access on January 6th, 2022, including hosting a two-hour live special inside the Capitol rotunda. Even recently, Jim Acosta hosted a primetime show (likely to be temporary given its abysmal performance) laughably entitled “Democracy in peril.” Much of it focuses on CNN’s obsession with January 6th.

There’s just too much smoke given the outcry from members of the January 6th Committee and CNN’s prior actions to not suspect Zucker was colluding with the committee to shape news coverage. Why else would his departure make them feel “devastated for our democracy?” CNN is still going to exist, right? But Zucker was likely their direct connection to getting on air what they wanted on air.

That’s my read on this, anyway. The treatment of Zucker as a martyr really only makes sense when you assume he was running protection for the committee and the hosts on-air that pushed its narratives. With him gone, there seems to be a fear that coverage priorities could change. I just don’t think that’s all a coincidence.