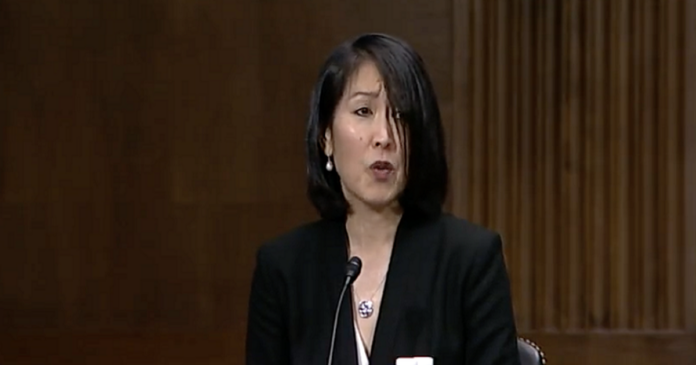 One of the most important powers of a president is to nominate federal judges. Had Trump lost in 2016, the Supreme Court would today be composed of six leftists, likely including a re-nomination of Merrick Garland. The most recent consequence would have been the OSHA mandate being found constitutional. The country, for the foreseeable future, would have seen the Constitution subjected to the feel-good meandering of progressive interpretation. The 2nd Amendment would have been reduced to a shell. Elections do have consequences and judgeships carry decades-long consequences.

Joe Biden is about to nominate a Black woman for the Supreme Court. We know that because those two immutable characteristics are all we know of his decision-making. The last time Joe Biden made those characteristics his only indelible requirements, America got Kamala Harris, so I am not confident that his selection process will yield a qualified candidate. No doubt there are plenty of smart Black women who could fill the vacancy and do so with distinction, but I have doubts.

Biden’s choices for the federal bench in his first year in office have been what one would expect. In reality, Biden doesn’t make the choices for nominations, his puppet masters do, and they have placed a number of unqualified lawyers, first on the list, then with the help of a Democrat-controlled Senate, on the bench. To date, Biden has placed 42 judges on the bench, the vast majority being women, with just two being white men. Women comprise around 38 percent of lawyers in America. Thus, filling 79 percent of vacancies with women seems…unbalanced. Nonetheless, it isn’t gender or color that should concern anyone. I appeared in front of hundreds of judges during my time litigating. The best judge was a woman; the worst, an Asian man. I only cared if the judge knew the facts, left whatever prejudices they had off the bench, and followed the law. A bit of common sense was nice, too.

Too many of Biden’s selections have lacked those qualities. A recent nominee is Nancy Gbana Abudu. She was counsel for the Southern Poverty Law Center before her nomination. She’s stated that ID laws are racist vestiges of Jim Crow. She thinks felons should vote and the fact that they cannot in most states is akin to slavery.

Her nomination is now pending before the Senate. She doesn’t belong anywhere near the federal bench but she will gain enough votes in the Senate soon and have a job for life. On any case brought before Abudu that concerns voting and voting rights, she would be on the side of no IDs and voter harvesting.

After I watched her performance during a committee hearing, she should not be a federal judge. Here is Ted Cruz asking if racial discrimination is wrong. She couldn’t answer without prompting.

She literally, could not simply answer: “Yes, Senator, racial discrimination is wrong.”

She hesitated for several seconds and said that our Constitution prohibits discrimination “on the basis of race.” Cruz again asked: Is it “wrong”? Kato then began a dodge by saying that as a judge, she can’t deal with issues of “morality.”

In fact, judges make moral or ethical decisions all the time. A man convicted of killing someone because he killed his daughter’s rapist will be judged almost certainly on a moral plane different than a murderer who killed a woman over a parking spot.

Cruz asked again if it was “right or wrong” she dodged again by saying:

“Because that is an issue that is frequently litigated before the court pursuant to Canon 3 of the Code of Conduct…” and trailed off.

Canon 3 requires a judge to be impartial. I have not the slightest understanding as to why she thinks she could not answer if discrimination is “wrong” based on Canon 3.

The questioning concluded with Kato meandering about the Constitution like a law student being asked to explain a case she didn’t read and pretending she did. Cruz bailed her out — finally getting her answer that yes, the Constitution prohibits race discrimination. I recall professors in law school wanting to end the agony of students struggling to answer and adding hints. But that was law school. This is the Senate’s Judiciary Committee.

If Kato is unable to answer the most basic question of Constitutional principle, she isn’t qualified to fill a life-term judgeship. But alas, she will be confirmed by the Senate.

Later this month, Biden will announce his selection for the Supreme Court. I fear that, because whomever Biden nominates (being a Black woman) the questions, regardless of what they are, each will be twisted and characterized as a direct attack on a Black woman, rather than an examination of her qualifications to serve on the highest court.

Nonetheless, I hope that Cruz asks Biden’s SCOTUS pick a question like the one he asked Kato. “Is race discrimination wrong?” and if she answers yes, then the follow-up should be:

“President Biden nominated you solely because you are a Black woman – was that race and gender discrimination? Yes or No.”