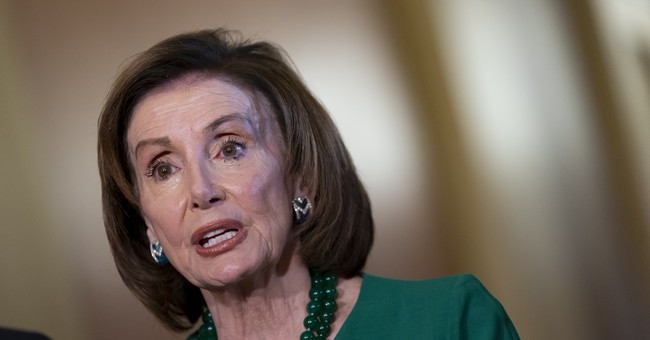 Joe Biden is getting set to deliver his first State of the Union address, or at least that’s the current plan. Given his penchant for sundowning, whether he actually speaks will probably have a lot to do with what kind of day he’s having. Last year, the president was months late in speaking to Congress for reasons never actually disclosed or justified.

This year, Nancy Pelosi is already looking to stack the deck. In what seems like a rather insane decision, according to Axios, the Speaker of the House is planning on limiting in-person attendance to just 25 people.

The normal caveats apply here. This is an anonymously sourced report relaying what Minority Leader Kevin McCarthy was told. Still, when Pelosi’s office was asked, they claimed no final decision has been made and that they were working with the attending physician to come up with protocols. That they didn’t outright deny the report is telling, and McCarthy would have no reason to lie about such an issue. At the very least, it appears this prohibition on attendance is very much in play.

The question is why? The Omicron wave is well on its way down, with cases being about half of what they were a week ago. By the time the SOTU happens, things will be bottoming out, with risk levels being extremely low. In other words, COVID-19 is not a viable excuse for drastically cutting attendance. Besides, the president is vaccinated, as is almost every member of the House. Yes, that’s going to be the official explanation, but we all know it’s bunk.

So what’s the real reason? I have my suspicions. Namely, I suspect that when you are dealing with someone in steep mental decline, not having hundreds of people clapping and groaning can only make things easier. Given Joe Biden’s penchant for melting down while speaking publicly, whatever help Pelosi can give him will surely be well-received.

Yet, even if we assume this is just about COVID-19, what kind of message does it send to the world that the President of the United States is so weak and feeble that he can’t be in a massive room with more than 25 people? Does anyone think Xi Jinping or Vladimir Putin are looking at this spectacle of absurdity and thinking anything other than they can take advantage of the situation?

Obviously, we are seeing that play out on the border of Ukraine and with China’s elevated aggression toward Taiwan. But it’s not just America’s major geopolitical and military enemies that are a problem. Even when dealing with allies, having a president who is so indisposed and incapable is a major handicap. There’s a reason Germany feels emboldened to defy the United States in regards to Russian energy.

Having an 80-year-old geriatric president is a major handicap for the country. The results speak for themselves, and they’ll be on full display as Biden mumbles, yells, and whispers his way through whatever his SOTU speech ends up being.