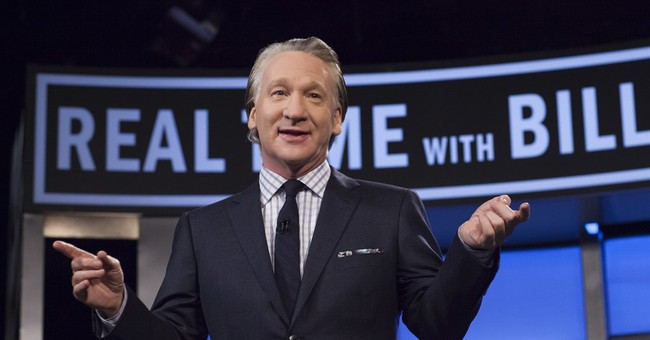 On Monday, I wrote about the reality of American politics in that the division the mainstream media continues to push on us in various forms is actually an illusion meant to keep you tuned in and loyal to them and the agenda they’re trying to sell you. Despite the radical left’s best efforts, America is thirsty for conversation, understanding, and middle ground.

The proof can be seen in various ways. The expansive audience of Joe Rogan, which is listened to by voters on both sides of the aisle despite the hard left’s attempts to shut him down and discredit him is a solid example. The Canadian convoy protest, supported across the ideological spectrum is another example of both sides finding middle ground. Virginia went from blue to red as the extremists become so hubristic that they thought they could openly vie for control of other people’s children, causing voters in the state to unite against the Democrats.

It all points to a simple conclusion; the left is fracturing. To be sure, it was a small, slowly developing crack at first. A celebrity would complain here, or a leftist would complain in a forum about the bubble he finds he and his friends trapped in. However, the cracks soon grew larger and as they grew, they grew faster. Now, leftists you never would have thought would ever speak out against their own ideological side are doing so openly and habitually.

Tulsi Gabbard, still considered a leftist in many ways, has now become one of the Biden administration’s most vocal critics, calling them out when they intrude upon our rights as Americans or make a nonsensical decision that benefits no one but themselves. Recently, Gabbard spoke out about Biden’s most important criteria for the next Supreme Court pick being that she be a black woman, tossing aside merit and obedience to the Constitution for identity and agenda.

It doesn’t stop there.

Bill Maher, a consummate leftist, has repeatedly spoken out against his ideological side to the point where he seems ready to abandon it completely. While that’s unlikely, and he will probably retain many of his leftist views, the slide the Democrats have experienced due to woke culture has him slamming the party at every turn. He’s even spoken out about the lunacy of the COVID-19 mandates, and the lies that make up the left’s narrative about it.

(READ: Bill Maher Explains How the Left Has ‘Gone Mental’)

Perhaps most surprising is the sudden outspokenness of someone I considered a leftist’s leftist. Sean Penn has even slammed the breaks on woke culture, pointing out how today’s society rewards the demasculinization of men. At one point, he even referred to cancel culture as “ludicrous” and revealed that he’s ” a little frustrated with the world.”

While I don’t expect Penn to renounce leftism by any measure, one can easily see that even to the left, the left is too left. The social justice movement has poisoned the well, and the people are starting to see more and more that they were fooled into obeying the toxic victimhood of woke culture by being told it was virtuous to do so by media figures, activists, and politicians.

What we might see is something of a great awakening among many on the left. Many are becoming disillusioned and the veil is lifting. Many are seeing the logical end to the policies and ideas they’ve been supporting. Many are being forced to leave their states as Democrats have made their lives miserable with policies, high taxes, regulations, and unnecessary lockdowns.

While many Democrats will never not be Democrats, the fracture between the moderates and the radicals is becoming larger and more apparent. The result may be a battle between the two factions that see the smaller social justice group pushed out. However, if nothing happens, then total seizure of the Democrat Party by radicals will be assured, and then you really will see the creation of a host of Republicans. That may sound like a good thing, but Democrats will still want to keep many of their ideas. It will be the Republican Party that changes as a result, not the voters.

The end game is to make the Democrat Party more moderate. If that happens, we can expect a return to a much more sane America, with the two parties working together with sensible goals, not at war with one side attempting to save the country from the other.