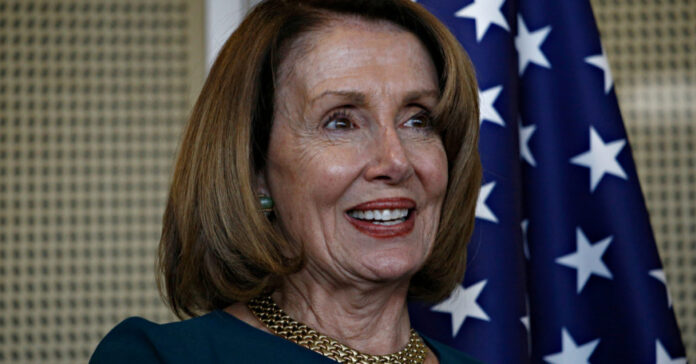 Nancy Pelosi had once gotten everyone’s hopes that she would finally retire and leave the political landscape. But those hopes were dashed to pieces when the old bird came out and announced that she was sticking around for one more term in the House.

Pelosi represents a liberal district located in California. Liberal lies blind the people who vote for her, and they cannot comprehend the danger that the old girl represents to freedom. Her election back into office is pretty much guaranteed. It is easy for her to make such announcements knowing that she has no real competition.

The Daily Wire found that The Hill wrote on the story that “Pelosi’s announcement that she will run for reelection comes despite her previous pledge in 2018 that this term would be her last as Speaker after leading House Democrats for the last 19 years. With Democrats facing an uphill battle to keep their House majority after this year’s midterm elections, speculation has grown that House Democrats will replace their old guard of leadership.”

The battles that Pelosi mentions were created when Biden said he wanted to work with everyone and, then, started taking steps to criminalize anyone who held a different opinion than that of the Democratic Party. He wanted to mark all Republicans as terrorists. And when he could not get away with that move, he empowered liberals to attack parents willing to stand up for their children.

Pelosi is 81 years old. She cannot come up with any good reason for her return other than to say that it is for the sake of all kids. Somewhere, she believes that kids are at risk. But when one walks back through why kids are in danger, they quickly realize that the Democrats put them all in harm’s way.

Pelosi went on to say, “While we’ve made progress, much more needs to be done to improve people’s lives. Our democracy is at risk because of the assaults on the truth, the assaults on the U.S. Capitol, and the state-by-state assault on voting rights. This election is crucial. Nothing less is at stake than our democracy. But as we say, we don’t agonize, we organize.”

Her words are twisted and full of lies. She thinks that the truth is under attack. But the version of truth she wants to instill in kids is made up by the liberals. They want to rewrite history into a version that splits the country, takes America’s greatness, and casts it away.

The only danger facing children is coming from the depths of the Democratic Party. They continue to want to mask up and keep their parents from being involved in their lives. They want to force kids to stay at home and learn via a computer screen. All of which, ultimately, harms young people.

Joe Biden was the crazy man who put thousands of kids into his intern camps that the media no longer even talks about. These kids have reportedly been abused and sexually assaulted while in Biden’s care. And in some cases, the kids have come up missing.

Pelosi referred to things linked to Republican actions. But instead of telling the farce that her party created around the truth, she still wants people to think that Donald Trump and his followers tried to overthrow the country on January 6, 2021. She even tried to make people think that the right to vote was in jeopardy. The right to vote is under assault by the Democratic Party. They need to change the laws for them to be able to cheat in future elections.

The Democratic Party is in shambles, and there is nothing they can do to fix it. The president does not work with the Senate. And the Senate ignores the House. For the first time in years, a single party has control, and they cannot even work together. Each of them has their own plan, which leads them to fight with each other instead of talking it out and including all voices represented in the government.