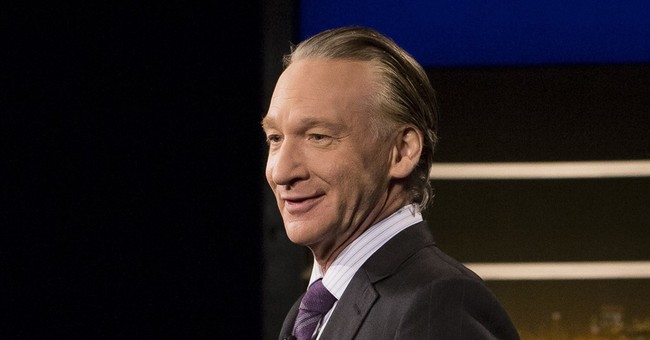 Now neither Bill Maher nor Joe Rogan is a conservative. But what conservatives see in both of them is a willingness to pierce the veil of democratic narrative and speak some truth to power. They’re willing to say some basic truths that others with a big platform are not. Now, when the elites in control seem drunk on their power, that’s more essential than it ever was.

We saw that Maher was willing to put Bari Weiss on last week, and her smackdown on COVID restrictions lit up the internet.

Now, I probably don’t agree with Maher on much. But he nails — in a hilarious way — how liberals have moved away from their classical liberal origins to the mentally twisted progressives they are today. He says how he didn’t leave them, they left him.

Maher started off remarking about how Fox’s Dana Perino had joked about how he could run for president.

“Some people think this means I’ve changed, but I assure you, I have not,” he added. “I am still the same unmarried, pot-smoking libertine I always was. I have many flaws, but you can’t accuse me of maturing.

“Let’s get this straight,” the comedian declared. “It’s not me who changed — it’s the left, who is now made up of a small contingent who’ve gone mental, and a large contingent who refuse to call them out for it. But I will,”

“That’s why I’m a hero at Fox these days,” he said. “Which shows just how much liberals have their head up their a**, because if they really thought about it, they would have made me a hero on their media.”

Maher said some thought that he “didn’t use to make fun of the left as much,” but he explained that’s because they “didn’t give me so much to work with.”

The oath of office I took was to comedy. And if you do goofy s-t, wherever you are on the spectrum, I’m going to make fun of you because that is where the gold is. And the fact that they are laughing at it should tell you something: it rings true.

He continued: “When people read that San Francisco has basically legalized shoplifting, they think “Democrats have gone nuts.”

Indeed, real Americans look at that, and they see the smash-and-grab insanity of places like San Francisco and that makes them afraid of what Democrats are pushing if this is where it leads.

He notes how you have Democratic members of Congress pushing cancel rent, cancel mortgages, or no more policing and incarceration. “Declaring capitalism is slavery. Canceling Lincoln and Dr. Seuss. Teaching children they are oppressors and math is racist. Making Mr. Potato Head gender-neutral.”

Maher said Americans were tired of Democratic rules — even before COVID came along.

Democrats have become a parody of themselves. Just making rules to make rules because it makes you feel like you’re a better person. Making sure that everything bad never happens again, which you can never fully do, it just makes everybody else’s life a drag….Democrats no longer possess the common sense to understand that not every problem in the world can be fixed with a regulation.

But that doesn’t stop Democrats from trying and endlessly virtue-signaling about their purity.

Now, some on the left are all-in for the rules and that’s a bit scary that they sold their brains and their freedom for this. But most Americans are rejecting that, which you can see it in the polls which are rejecting Biden and the Democrats. More and more Democrats — it’s not just Maher — are saying enough of the crazy already.