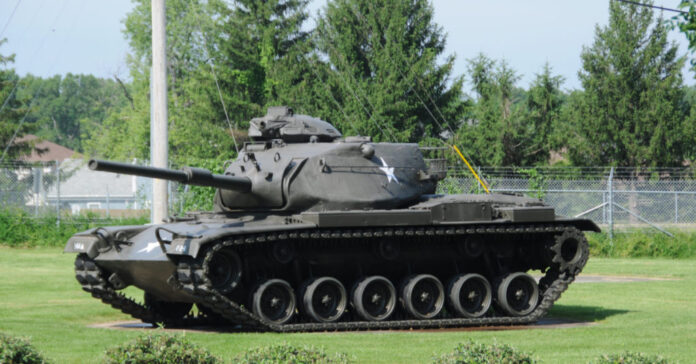 Anyone who wants to get onto a military base better be prepared to face security. They’ll need a military ID to get through the gate. And those who try to push their way through the gates without the go-ahead need to prepare to face the consequences.

Last Sunday, a man was fatally shot at Fort Knox in Kentucky because he tried to breach the main gate and run over the security officers that were posted there.

The man fled through the gate and drove “toward Fort Knox police officers,” as reported by Military Times.

Officers had to respond to a call late Saturday where there was a suspicious male outside of the gate. When officers arrived, he fled in a vehicle through the Chaffee Gate, placing him onto the post.

Once the pursuit ended, the officers spent over an hour trying to deescalate the event verbally. When that didn’t work, the man tried to ram and strike officers with his vehicle. That’s when officers had no choice but to fire at him. The man was declared dead at the scene.

The identity of the man was not released; however, he was 41 years of age. He had no affiliation with the military, which begs the question of why he wanted onto the post so badly.

The release said, “Although a motive is unknown, there is no initial indication that this incident was extremist or terrorist related.”

Wait, what? A man decides that he wants to get into Fort Knox. Rather than calmly approaching security, he decides to drive his way onto the post without showing any ID or getting access in a proper fashion. Then, when he’s confronted by officers, he decides to try to ram them with his car.

That sounds a bit extremist to me, but we are dealing with the Biden administration. If the man were a person of color, there’s no way that he’d be labeled an extremist. Of course, we’re not given any details as to who the man was or why he wanted onto the post.

Meanwhile, the officers who rightfully shot the man (so that they didn’t get rammed and killed) are being placed on routine leave while an investigation is conducted.

There’s a lot of information being left out of this story, which leaves one to wonder what’s being hidden.

Let’s keep in mind that Fort Knox isn’t just any military base or post. It is most commonly associated with holding a significant amount of gold for the government. However, it’s not actually on the military post. Instead, it’s at the United States Bullion Depository, which is adjacent to the post. The depository is home to the gold reserves.

Was the man looking to get into Fort Knox because he wanted a big payday? Possibly, but it seems odd that he’d try to do it as a one-man show. Was the man mentally ill and simply eager to check out a military post? It’s possible.

There should have been no way for the man to even get onto the military property. As soon as he was able to drive past the gates, the security officers should have gotten him into custody. Most gates are closed, so the man would have either rammed the gates or he would have ended up slamming into aluminum posts that would have come up out of the ground as soon as a person trespassed.

The fact that the man still had his car intact after making it past the guard gates leaves questions to be asked, like just how good is Fort Knox’s security?

It’s just another example of what happens when the Dems decide to cut back on funding for the military. Meanwhile, we’re hoping to hear more about who this man was and why he wanted onto the post so badly.