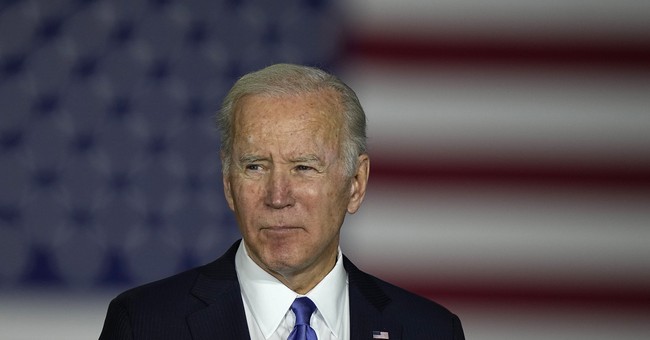 Joe Biden traveled to Pittsburgh today to talk about Build Back Better and infrastructure.

Hours before he got there, the Forbes Avenue bridge collapsed, injuring 10 people.

So, he used that as a talking point about the importance of infrastructure. Infrastructure is desperately needed, but I wouldn’t trust for a minute that money allocated by Democrats will go to the things that need infrastructure help.

But Biden faced a different problem when he arrived — while some Democrats were in attendance to greet him, people like State Attorney General Josh Shapiro, the likely Democratic nominee in the race for governor, were not there to meet with him because of “scheduling conflicts.” Lt. Gov. John Fetterman declined, as well, but ended up changing his mind after the bridge collapse. We’re seeing that a lot, as Democrats are deflecting questions about Biden or avoiding being with him, treating him like he’s poison because of his horrible polling numbers, as we noted earlier. We saw Stacey Abrams, who is a candidate for governor of Georgia, having a “scheduling conflict,” too, when Biden was in Georgia to talk about ‘voting rights’ — her chief issue. Beto O’Rourke, who is going to run for governor in Texas, said outright he had no need for Biden to help his campaign.

Maybe one of the reasons that they don’t want to meet with Biden or have him in to help with their campaigns is he might not be able to even remember their names or what positions they hold.

When talking about Rep. Conor Lamb (D-PA), Biden got his position wrong, referring to him as a senator.

Then Biden spoke about his infrastructure czar, in charge of the distribution of dollars, former mayor of New Orleans, Mitch Landrieu. Biden couldn’t seem to remember his name and then called him “Mayor of Louisiana.”

Biden also keeps doing that weird whispering thing that is truly creepy. Someone must have told him that sometimes one does voice modulation for emphasis. But, they also should tell him how he’s going about it is just wrong — because it just doesn’t come across well at all.

Biden needs to keep up with the news — the court just found the ‘law’ under which Pennsylvania allowed no excuse mail-in voting to be unconstitutional.

He kind of made a joke about Fetterman here, who ended up being present (despite initially saying he wouldn’t be), saying if he had Fetterman in front of him, he “could have made All-American.” Fetterman is built like a Mack truck, but that still wouldn’t have helped Biden’s football skills and grades.

Biden has previously lied about his athletic prowess, claiming he hit a home run at a Congressional baseball game in the 1970s, but there is no record that ever happened.

Here he goes again, with this crazy thing that inflation is because of higher costs, and the price of vehicles. Huh? That’s like saying high costs cause high costs. Does he not understand what inflation is?

All costs are up across the board.

He loses it on the question of the cost of insulin. This makes me think again about the fact that uncontrolled anger is often part of dementia.

Finally, Biden wraps up and completely forgets his “patriotic duty” to mask up — which he repeatedly urges on other Americans — as he then goes to everyone and shakes hands, unmasked.