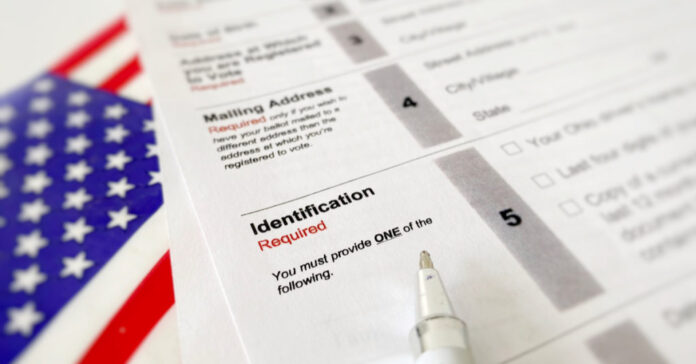 For years now, the Democrats have felt the need to plant the seeds of distrust before any election they might lose. They did it when former President Trump won office and regretted not going full tilt attack before the first ballot was cast. Instead, they wasted billions of taxpayer dollars trying to prosecute the man to end up achieving nothing. Then, after President Biden took the office in 2020, they denied any possible issues since they won.

Now with the 2022 midterm elections beginning to get underway, they have to come up with something unique to get on the defensive side of the ball. Given the historical tendency of the party not in power to gain strength in the House and Senate following the midterms, it’s a predictable tactic on their part. President Biden chose a press conference this past Wednesday to set the table for the seed planting.

“It all depends on whether or not we’re able to make the case to the American people that some of this is being set up to try to alter the outcome of the election…No matter how hard they make it for minorities to vote, I think you’re going see them willing to stand in line and defy the attempt to keep them from being able to vote.” First off you must love his openness. He’s admitting that they are prepared to “alter the outcome of the election.” This idea that he and the Democrats are getting ready for things to be altered is insane.

Then again, perhaps he’s using this phrasing to describe the new voting legislation acts. The ones that, in essence, take the power from the states and establish it as a federal program. Thus, they take the states completely out of the equation. Not a good idea for the states or the people of those states. As for making things hard for minorities to vote, there are many ways he could mean this is happening. From the racist mindset of black people being unable to have an ID or the idea that they can’t get to the polls, it’s all poorly thought of and worded.

President Biden thinks this will be a hard election for him and his Democrats to keep any real footing in. They fail to realize that they can keep footing more easily if they just try to find common ground with the conservatives. The idea that one cannot exist without the other is ludicrous. In subsequent statements, Biden goes on to say “Oh, yeah, I think it could easily be illegitimate. The increase in the prospect of being illegitimate is in proportion to not being able to get these reforms passed.”

Unfortunately for him, these reforms destroy the state’s rights. It provides no oversight by the state for the will of its people. It, instead, says they are too small to trust and, as such, should not have the responsibility. This is simply not true, and it’s a dangerous assertation to make.

The states have been handling their elections for years and have been doing fine. If he’s worried about fraud, then he should be supporting voter ID requirements. Expanded polling places and ease of access should be another platform that they conveniently forget. These simple steps could help with voter problems, but it’s the simple steps these progressive Democrats keep skimming over that could fix the system. Maybe if they tried listening to the conservatives from time to time, things could be repaired with ease.