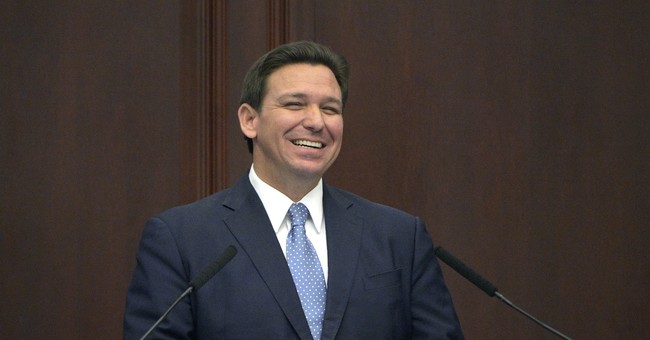 The battle between Florida and the Biden administration escalated this week after the latter cut off the supply of monoclonal antibodies. The White House ostensibly cited the supposed ineffectiveness against Omicron (something they’ve provided no clinical data to prove), though, they failed to explain how any of this helps those who are still getting the Delta variant.

Of course, you’d be forgiven for believing the real reason for the move is to once again spite Gov. Ron DeSantis, who has remained consistent in using data to form Florida’s COVID-19 response. The administration doesn’t like that because they see a shotgun approach of flip-flopping, fear, and draconian measures as more effective, even though it’s clearly not been.

That led DeSantis to put out an ad targeting the sainted Dr. Anthony Fauci, peace be upon him. It blisters the government bureaucrat, noting his many inconsistencies and lack of care for personal freedom, something that used to be a bedrock of the United States.

The ad is blistering and effective because it uses Fauci’s own words to illustrate how all over the map he’s been in regards to the pandemic. And no, the excuse of “the science has changed” applies to essentially none of his about faces. What does apply is that Fauci is a political hack who shifts with the wind in order to please his current boss in the White House.

In the video, you see Fauci first saying masks don’t work before saying they do work. You also see him saying the vaccinated do not need to wear masks before saying they do. Fauci is then hit on opening schools, where he’s taken both sides of that issue despite the data remaining consistent for the entire pandemic that it’s safe for students to return. Lastly, contrasting clips of Fauci talking about people not changing their lives and then being demanded to dramatically change their lives are shown. The ad ends with the text “Dr. Fauci, he flips, he flops, but he can’t stop freedom in Florida” on the screen before zooming out to a pair of flip-flops on a beach with the phrase “Fauci can pound sand” written out.

I know there are going to be some on the right who recoil, still having no idea what decade they are currently living in, but I think DeSantis’ ad is great. Why? Because 1) it’s true, 2) it spreads a message of freedom, which I’m assured by the Republican establishment is important, and 3) it puts all that together in a way that resonates culturally.

Besides, Fauci is essentially a politician and has shown himself to be such over and over. He deserves no political quarter. Government apparatchiks that use their power to try to limit freedom should be vigorously opposed. DeSantis, Rand Paul, and a few other GOP politicians get that. This isn’t the time to keep the gloves on.