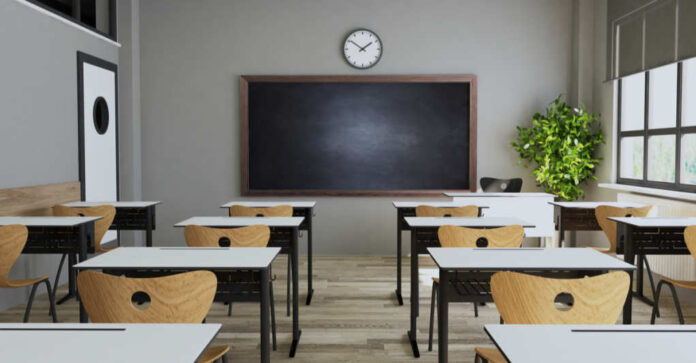 Being employed as a school board member is a lot like being elected as a state senator; you are there to represent the people. This means a lot of different things to different people. For many it means they work for their constituents, and on a larger stage, it is treated that way. Richard Robinson of the York Suburban School Board begs to differ.

In an op-ed to the local York Collective, Robinson gathers an almost logical argument together and then blows it all to pieces by thinking he isn’t there for the members of the community. His variety of different catchphrases and unique twists are entertaining, but they also go to show just how little he truly knows about his position. “Some members of my community appear to interpret this part of board meetings as the occasion to tell board members why they have the collective intelligence of a village idiot and how the school district ought to be addressing real problems… With all due respect to the men and women who snarl, “I’m a taxpayer! You work for me!” No, I don’t work for you. I was elected by people who voted to represent you. It is not the same thing. You may also be surprised to learn every member of a school board is a taxpayer, too.”

Unfortunately for Robinson, that’s not how this works at all. The people in the town elect you to represent them. Your salary (which is a strange concept as they were volunteers where I grew up) is paid by the taxpayers, this is true. That also means that the taxpayer has a say about things, and when you are ignoring the calls from the town for a change, they have a right to ask for change. They have a right to get you out of that chair.

Getting out of the chair might be what is up next for Robinson too. His mentality about this issue is nonsensical. Robinson wants the job with no complaints and all compliments. The ever-present unintelligent and over self-assured boss everybody hates; he is the reason people hate school boards and he is the reason people don’t show up to the meetings. If he wants to see people show up and speak intelligently (since his arguments show that he believes his district is unintelligent), then he needs to put on an intelligent act going forward. People need to know he is smart to believe in him.

Closing arguments of any op-ed are always some of the best words in the world. They give a nice way, to sum up, the topic at hand, and Robinson drove his point home exceptionally well. “With all due respect, it is my fervent hope these observations clarify the position of one member of a local school board in our community…I have watched live streams of board meetings numerous times and reviewed the written protests, repeatedly. Your voice has been heard.”

Fortunately for Robinson, he will almost certainly have more people coming to exercise their opinions at the school board meetings. If he doesn’t resign before the end of the month, it will be amazing. He has opened a can of worms he will be unable to close, and the people will not stand for being talked down to. He’s not the god of school board decisions that he believes he is. His AOC-inspired mindset of being unquestionable never plays well outside of progressive cities, and his part of PA is most certainly very conservative.