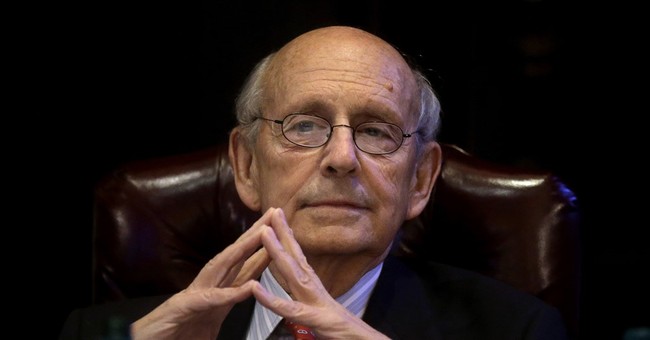 As we reported earlier, with the retirement of Supreme Court Justice Stephen Breyer at the end of the current SCOTUS term comes the frenzied speculation as to who President Biden will pick as his nominee to replace Breyer as well lots of pearl-clutching from the left as how the process itself will play out in the 50/50 divided Senate.

But what may be even more intriguing than the floating around of the various nominee possibilities for Biden is the way the story of Breyer’s retirement came about in the first place.

NBC News appears to have been the first to break the news. In their story, however, they noted that their sources were “people” who were allegedly “familiar with his thinking.”

“Justice Stephen Breyer will step down from the Supreme Court at the end of the current term, according to people familiar with his thinking,” was the first line in their piece.

In other words, this news didn’t come from Breyer himself.

Apparently, that little tidbit of information got other Supreme Court reporters digging, including Fox News’ Shannon Bream, who initially tweeted earlier that Breyer was “upset” the announcement leaked out on a day that he wasn’t planning on making his announcement. Bream later revised her tweet to suggest that though Breyer was indeed planning on retiring at the end of this SCOTUS term he was “surprised” word got out before he’d had a chance to issue a statement himself:

RealClearPolitics White House correspondent Susan Crabtree stuck with the “upset” characterization in a tweet she wrote on the issue, noting that custom normally is that Supreme Court Justices usually make the announcements themselves and “on their own terms”:

It sounds like what happened here is that some overzealous leftist court snitch, eager to make sure Biden could squeeze a nominee in before the upcoming midterms – which have been predicted to be catastrophic for Democrats, ran to the press to leak the news.

No matter what one thinks of Breyer’s judicial philosophy, he should have been given the respect due to make his announcement when he saw fit to. In my opinion, the only way to respond accordingly to this would be for Breyer to say he has no such plans, which would serve the leaker(s) right, and which would antagonize fretting leftists a little while longer.