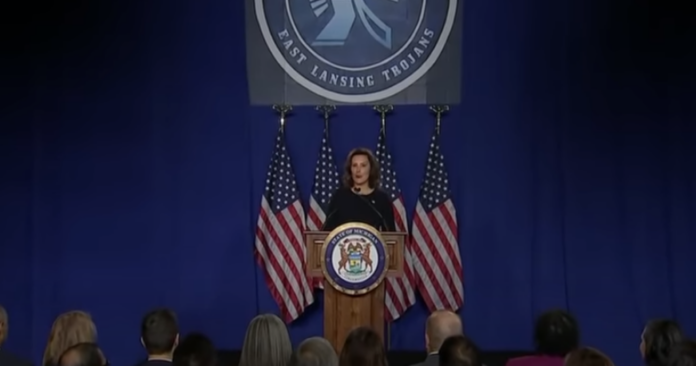 You’ll remember that former Governor Andrew Cuomo was basically forced to resign last year for conduct unbecoming of a state leader. Most notably, he was accused of multiple instances of sexual assault.

But you’ll also remember that he was already on shaky ground for the way he gravely mishandled the COVID-19 pandemic.

Among other poor decisions related to the virus, Cuomo sent hundreds of known COVID positive nursing home residents back into their elderly care facilities, exposing some of the very most vulnerable of his state’s population.

And then, if that wasn’t bad enough, it was later discovered that he lied about the disastrous results of that, undercounting thousands of COVID-related deaths to make himself and his office not look so bad.

It was disgraceful, to say the least, and more than reason enough for the people of New York to demand his resignation.

But as it turns out, he’s not the only Democratic governor to take such moves during one of our most unprecedented health crises.

According to new reports, Michigan’s liberal governor, Gretchen Whitmer, made the same exact decisions on how nursing homes were handled. She even lied about it too.

As “Just the News” recently reported, Whitmer was recently accused by the state’s auditor general, Doug Ringler, of undercounting COVID-related deaths in Michigan by over 2,000 or so. During his audit of deaths taking place in long-term care facilities, Ringler found that 8,061 were in relation to COVID.

It is noted that the Michigan Department of Health and Human Services only reported 5,675 pandemic deaths as of July 2 of last year.

Now, any of you fairly good at numbers will know that this has a difference of some 42 percent. However, according to Ringler, the state can really only be held accountable for about 30 percent of those.

But as Whitmer’s head of MDHHS, Director Elizabeth Hertel, claims, not even that is accurate.

According to a written response from her, Ringler’s results are rather “misleading.” Furthermore, she says that nearly half of the supposed ‘undercounting’ was incorrectly reported by the facilities and not her office.

But that’s far from her rebuttal on the matter

Hertel says that at least 1,511 of the 2,386 undercounted COVID deaths were determined using “unreliable” data, leaving Whitmer off the hook. She said, “we do not believe you have done a ‘proper accounting of all long-term care facility deaths’ as your letter suggests.

Of course, Ringler is standing by his results, saying that at least 85 percent of those 1,511 deaths were directly corroborated about and maintained nothing but reliable data.

So who is correct? Well, at the moment, that remains to be seen. Although, as of right now, Ringler seems to have more evidence on his side, and Hertel, with deep-seated loyalty to Whitmer, has what many would call a vested interest, namely her job, in maintaining that Whitmer and her office did everything aboveboard and correctly.

Whitmer herself most likely has that same vested interest, knowing that her decision to knowingly infect nursing homes was not a wise one in retrospect and one that earned her much criticism in recent months. Therefore, like Cuomo, it would benefit her and her public approval ratings if she made it seem as though that poor decision didn’t end up as disastrous as everyone assumed it would and was in reality.

Unfortunately for her, Republican state Representative Steven Johnson wants answers for all those nursing home deaths, saying accountability is necessary. It was, in fact, at his request that Ringler and his office investigated the actual number of nursing home deaths.

As he told WXYZ TV, “These long-term care facilities that were required under Gov. Whitmer’s policies to accept COVID positive patients, and because of that, our most vulnerable residents were put at risk. That’s something that never should have happened and there needs to be accountability on this.”

And others around the state agree. For example, Michigan Freedom Fund says Whitmer’s decision was “unscientific” and “deadly.”

But, also like Cuomo, it looks as though Whitmer has once again wiggled herself off the hook. Then again, with 2022 midterms coming up and a reelection campaign beginning this year for Whitmer, it doesn’t exactly make her look any better.