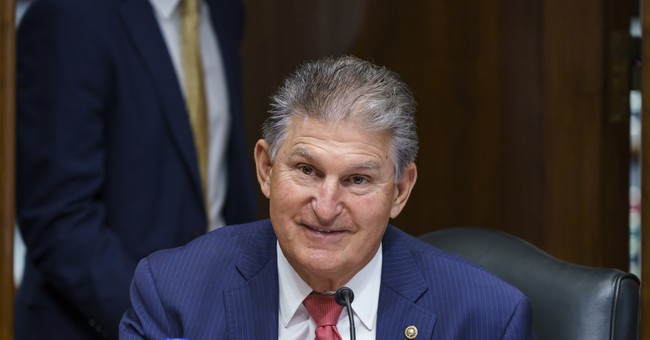 We wrote Tuesday on how the MSM and Democrats were breathlessly touting a letter signed by notable West Virginia sports icons to Sen. Joe Manchin (D-W.Va.) expressing their support for “Congress to exercise its Constitutional responsibility to enact laws that set national standards for the conduct of Federal elections and for decisions that determine election outcomes” a.k.a. the two Democrat-sponsored so-called “voting rights” bills that are stalled in the Senate.

One of the signers of the letters was West Virginia native and legendary Alabama football coach Nick Saban, who is reportedly a very close, longtime friend of Manchin’s. Apparently, after months and months of Manchin repeatedly confirming that he was not going to budge on changing the Senate’s filibuster rules, the letter signed by Saban and other prominent WV sports figures was going to change his mind.

Not widely known about the letter, perhaps because I believe the low-rated CNN network was the only major national news media outlet to report on it, was the fact that before the final draft of the letter was released, Saban requested a footnote to be added to the it regarding his stance on the filibuster – which was precisely in line with Manchin’s. The footnote read as follows:

“Coach Saban is not in favor of getting rid of the filibuster in the Senate. He believes this will destroy the checks and balances we must have in our Democracy. The others signing this letter take no position on this aspect of Senate policies.”

If Manchin addressed the letter at the time it was released, I missed it. But in his response on Thursday, the day after he along with fellow Democrat Senator Kyrsten Sinema and all Republicans in the Senate crushed President Biden’s hopes and dreams on the “voting rights bills” and the BBB agenda, Manchin ended up getting the last laugh on his critics, sharing to Twitter the version of the letter Saban originally wanted to release, which included the footnote (which Manchin helpfully highlighted in yellow):

To add insult to injury that very same day, Manchin also promptly set to nuking Joe Biden’s “Plan B” on the Build Back Better agenda, virtually assuring a protracted amount of bitter infighting which will include non-stop race-baiting amongst Democrats for the foreseeable future, right smack dab in the middle of a pivotal midterm election year and at a time when all polling points to Democrats losing bigly in November.

Related: Joe Manchin Masterfully Trolls Joe Biden Before Press Conference Is Even Over