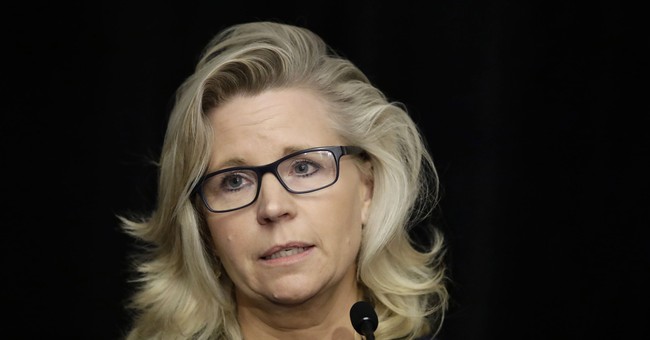 We may be moving into the final leg of the saga involving Rep. Liz Cheney (R-WY). It looks like she is about to be removed as House Conference Chair, after her divisiveness and her attacks on President Donald Trump.

I previously reported that Cheney had written an op-ed in the Washington Post and noted that if she really wanted to appeal to Republicans to accept her positions, why was she writing for a media outlet that they wouldn’t be reading? An outlet that is always running attacks against Republicans? Not to mention that her own piece was still all about attacking a Republican, President Donald Trump, instead of on message against the Democrats. If that op-ed really was supposed to be a reaching out to Republicans, it failed big time. It showed that she really wasn’t sincere or that she was completely clueless as to how to reach Republicans.

But as it turns out, it was even worse than that, as the latest news reveals.

Not only did she write her own op-ed for the liberal outlet, but according to a report the NY Post received, she actually secretly organized a Washington Post op-ed by ten living defense secretaries, including her father, Dick Cheney, Ashton Carter, William Cohen, Mark Esper, Robert Gates, Chuck Hagel, Leon Panetta, William Perry and Donald Rumsfeld in an attack on Trump.

According to the Post, the op-ed in early January was “strongly urging against involving military officials in their efforts to refute the election results.”

“As senior Defense Department leaders have noted, ‘there’s no role for the U.S. military in determining the outcome of a U.S. election,'” the op-ed read.

But, who said there was?

So, this was one more effort on the part of Cheney to whip up people against Trump, once again using the WaPo. It’s likely fair to say that if the Republicans needed any more to be done with Liz Cheney, this would have convinced any final holdouts. Using a liberal media organ against the sitting president of your party is never a good look.

As the third in power in leadership, as House Conference Chair, her role is supposed to be about the GOP message, pushing the policy positions of the party. But instead, she’s been about being Never Trump and divisive.

Now, the vote on Cheney has been scheduled for Wednesday, May 12 . Rep. Jim Jordan (R-OH) said on Wednesday they had the votes to remove her. There had been an effort in February to remove her but that failed, seemingly because they didn’t have the backing of the leadership, Politico reported.

As we also wrote, the replacement waiting in the wings appears to be Rep. Elise Stefanik (R-NY).

Stefanik has been endorsed by Trump and became popular with the base during the acrimonious impeachment proceedings when Democrats kept trying to attack her for her defense of the president, when she took on the Lincoln Project’s George Conway and the execrable Rep. Adam Schiff (D-CA).

However, as my colleague Streiff has explained, she’s also a questionable conservative, having taken several contrary positions in the past, including voting against Trump’s tax cuts and against the border wall.

So, the Republicans need to be clear in their choice, and Stefanik needs to be clear, if she is the choice, that everyone is on board in the fight to beat the Democrats. There can’t be any hidden moderates or squishes in the pack, or we wouldn’t be able to do it.

Stefanik did demonstrate spine in the impeachment battle, and that’s good. But as Streiff said, we also need to keep the conservative message in mind. Unfortunately, we’re so desperate, I think, for Republicans to demonstrate spine against the Democrats, we naturally and rightly gravitate toward those who finally have the will to show it. But, we do need to be conscious if that’s the best choice moving forward, so as not to have another Cheney.