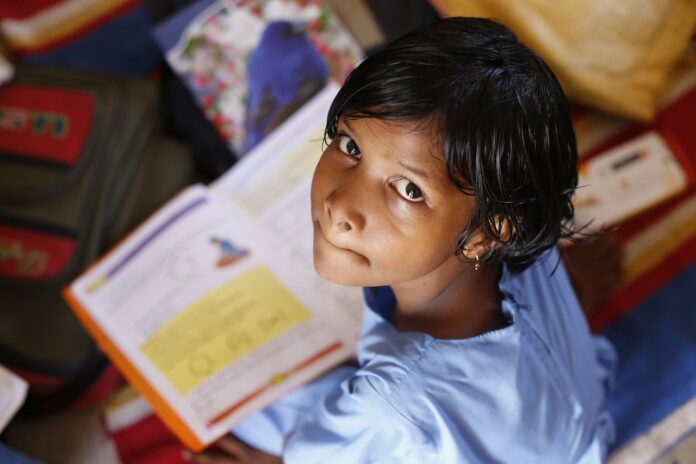 Liberals insist that White Americans are inherently racist. They demand that systemic racism is plaguing the nation. The problem is that they can’t even agree on how to spin their stories.

Many believe that remote learning is racist. Poor black communities don’t have internet. They don’t have the necessary technology. And, parents work all day, making it hard to find out if their kids are doing the classwork or not.

For months, we’ve heard that kids need to get into the classroom so that they learn. Otherwise, those who fight to keep the kids out of the classroom are racist and are more interested in letting rich, white kids get an education.

Since that rhetoric hasn’t worked to prove that systemic racism exists, they’re now going to spin their stories in the opposite direction.

Associated Press recently published a report to show that many black parents prefer remote learning because it will “shield their children from racism in classrooms.”

Ayaana Johnson, a black parent who lives in a predominantly white town of Georgia, says that there are white children who engage in racial slurs in her daughter’s school. She even goes as far as saying that Ku Klux Klan flyers have been found in their mailboxes.

She reports that teachers at the school are quick to punish the black children but not the white ones.

Johnson explains that with her daughter home, they feel safer. She wants to continue with remote learning as opposed to sending her child back for in-classroom instruction.

At some point, the school districts in Georgia and across the nation are going to go back to in-classroom instruction. Why? It’s the model that has worked the best.

Of course, parents always have options when it comes to their children’s education. That’s the beauty of education in the United States – there’s a choice. Parents just don’t like that they may have to choose a route that is different than what they prefer.

Homeschooling, charter schools, and private schools are all options.

The AP report suggests that black families aren’t embracing in-person learning because they have “concerns about the disproportionate impact of the coronavirus on communities of color, a lack of trust that their schools are equipped to keep children safe, and the large numbers of students of color in urban districts that have been slower to reopen classrooms.”

That’s funny. The very opposite was being said a month ago when California was looking to keep schools closed throughout the year. Parents were supposedly outraged because they felt that kids needed to be in the classrooms.

When we divert public funds to private schools, we undermine the entire public education system. We’ve got to prioritize investing in our public schools, so every kid in America gets a fair shot. That’s why I oppose vouchers. #Espinoza

There’s no one-size-fits-all solution because the liberals can’t even decide where the problem lies. They want to blame the school systems and blame anyone who may potentially have a problem with their children.

Liberal parents just don’t want to accept blame. They’ll point to anyone and everyone aside for themselves.

The reality is that everyone can have a problem with a particular class, teacher, school, or school district. It’s not strictly a problem that black families deal with.

White students may feel bullied by black children when they’re in a predominantly black school – yet we’re not supposed to talk about that.

Low-income white families may struggle with remote learning because they can’t afford an iPad or an internet connection – yet we’re not supposed to talk about that, either.

A Florida Angel Mom is urging black Americans to stand with President Donald Trump, whose school choice initiatives offer low-income black families an opportunity to change the trajectory from poverty to success. https://t.co/riD4zpf5lw

It all comes down to this: Students learn in different ways. Black, white, brown – education is not based on skin color. Decisions that are made by schools and school districts are based on the needs of students – it’s not founded in racism.