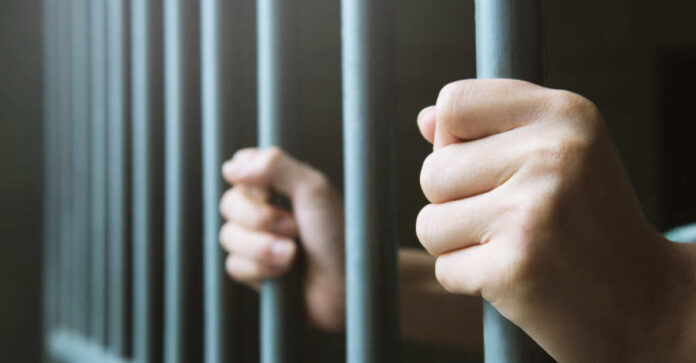 According to the political left, Dr. Anthony Fauci is the “most trusted man in America.” And yet, it seems fewer and fewer people actually think of him as anything close to trustworthy or even honest. In fact, if it were up to one up-and-coming politician, Dr. Fauci would be locked up.

Enter former Fox News anchor Kari Lake, who is now running a very successful campaign in her home state of Arizona to be governor. Like most of us out here in the real world and in our right mind, Lake knows that lockdowns and mandates are only hurting our country, causing massive economical issues and a supply chain crisis that has been ongoing for months now.

And so, should she be elected as governor, she has promised that no mandates or lockdowns will be put in place or kept in her state. When she said this at a recent rally in Florence, Arizona, with former President Donald Trump at her side, the crowd was rolling with excitement, as well they should.

But what really got them animated was what she said just after promising no lockdowns.

She said, “Actually, let me revise that just a little bit. I want to lock somebody down, and it’s that liar, Dr. Fauci.”

And the crowd went wild.

Almost immediately, “Lock him up” could be heard being chanted by the audience.

Lake continued, saying that Fauci is “bad news” and that her “BS meter” starts measuring off the charts “whenever he opens his mouth.”

And to be sure, she isn’t the only one who has lost all faith in Fauci over the years he has seemingly presided over the coronavirus pandemic in the United States.

Take a former defender of Fauci and physician Dr. Drew Pinsky, for example.

Apparently, Fauci and Pinsky used to be what some would call friends, or at the very least respecting colleagues. However, as Fauci has continually proved that he cannot or will not tell the truth regarding COVID-19, Pinsky has lost all trust in the man.

For Pinsky, what really did it for him was his lies to Congress about gain-of-function research that Fauci was involved with back in Wuhan, China, where the infamous virus originated. As he explained in November, Fauci took the stand in front of Congress on several occasions, and “whenever they would ask him about the gain-of-function or funding – he would be like, ‘I’m confused. What are you talking about?’”

But now that he’s supposedly won over the American people and the White House, Fauci recently opened up and admitted that “we did fund change viral function.”

And just like that, Pinsky has lost all respect for him.

For another colleague and one of America’s foremost experts on vaccines, Dr. Robert Malone, Fauci’s lack of integrity has always been there. In fact, as he told Fox News once, it’s actually become something of a joke in the medical community. He said, “We just shrug our shoulders and shake our heads and say, ‘It’s Fauci.”

However, this joke has turned into something of a nightmare in recent months, with Fauci’s ability to lie so effortlessly now putting millions of American lives and livelihoods at risk.

And so, more and more of us are turning on him.

GOP Senator Roger Marshall of Kansas is one such soul. He and several others have begun to figure out that all of Fauci’s lies have a commonality; they have been used to protect himself from losing the riches and power he has gained in recent years.

For instance, Marshall recently pointed out that Fauci is now the “highest-paid employee in the entire federal government” and, as such, likely has quite a bit of inside knowledge that could be used for financial benefits. You know, like which medically related stocks and bonds are succeeding and which ones aren’t.

Naturally, Marshall wants to know if Fauci has used his influence in such a way. But, of course, when he recently asked Fauci about the possibility, the only answer the doctor could give was to call Marshall a “moron.”

No wonder those like Lake are having a hard time believing anything he says or even does. Fauci better live it up now because once the GOP regains control, he just might find himself locked up…