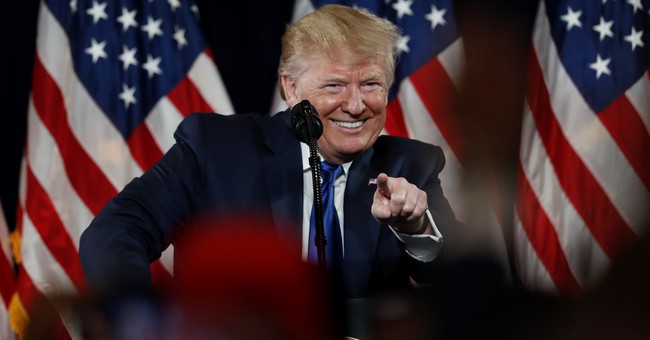 Welp, that got ugly, fast. A group of former Trump administration officials held a secretive conference call on Monday night to discuss plans to throw a monkey wrench into a probable 2024 bid by the Donald to return to the White House. Just one problem: Even they believe such a plot would be difficult at best.

Participating in the call, as reported by CNN — who else? — were:

Taylor, who wrote an op-ed and book critical of the Trump White House as “Anonymous,” led the call.

As gleefully noted by CNN, the only items the group agreed on were that they’re not sure — although they were “flowing with ideas” about how to get the job done, including “shining a light” on Trump’s corporate contributors and targeting “extremist” candidates endorsed by Trump for state and local races — and that they are “way behind” in figuring out an effective strategy.

We all agreed passionately that letters and statements don’t mean anything. The two operative words are ‘electoral effects.’ How can we have tangible electoral effects against the extremist candidates that have been endorsed by Trump?

We’re still trying to figure out what it is” that we want to do [but] this cannot just be a professional trolling operation, putting out ads like the Lincoln group.

Bolton, fired by Trump in September 2019, infamously became a “harsh critic of Trump’s fitness for office,” said CNN. He was not on the call but instead sent his top aide, Sarah Tinsley, who shared “polling information” the Bolton super PAC has been collecting that suggests “Trump’s hold on the GOP is weakening.” (Umm?) Tinsley said the polling shows Trump’s favorability is declining with registered Republicans and right-leaning independents, but even CNN questioned the claim:

The data seems to contradict public polling such as a November 2021 Marquette University Law School poll in which 60% of Republicans say they would like Trump to run for president in 2024, and 73% say they see him favorably.

Either way, there’s an interesting dynamic going on here.

These people — sans their obsession with Trump — are not all on the same page politically, suggesting they would find it difficult to agree on a path forward. It’s one thing to oppose “candidate A” and quite another to support “candidate B” or perhaps several “candidate Bs” (double entendre?) moving forward, which is what the Republican Party must do in 2024, regardless of whether Trump is the nominee or not.

Bottom line: Relitigating the 2020 election would not be part of a winning strategy, like it or not — except as a rallying cry for the believers who are already in that camp and always will be. (Skewer away; I can more than take it.)

According to CNN, the group is planning on holding a second phone session, next week.

And CNN being CNN, “The Most Trusted Name in News” will be on it.

Even More Dems Rush to the Exits as Midterm Wipeout Looms