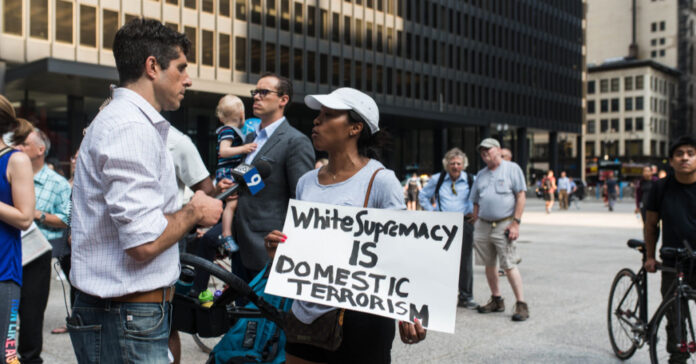 Since the founding of our nation in 1776, government overreach has always been a major concern. It is, in fact, why we chose to create a democracy for and by the people, as the then-leaders of Great Britain were exacting unfair practices such as taxation without representation and heavy religious restrictions on the people of the colonies. Would be Americans were tired of being trampled on and having no say in how their land was governed.

So they struck out on their own, to make their own laws and lead themselves.

And since that time, we the people have fought to keep the powers of government in check. Today, with the rising of the political left into authority, that is becoming much more difficult, especially when high-ranking White House officials keep creating new ways to see and treat the people as nothing more than criminals.

Now, of course, they aren’t exactly advertising their plans as such. Instead, they simply call it their latest path to getting rid of domestic terrorism.

Assistant Attorney General for National Security Matthew Olsen announced the formation of a new lawmaking unit on Tuesday whose sole purpose is to concentrate on the threats of domestic terrorism. According to Olsen and The Hill, the team will be made up of “dedicated attorneys” who will focus on the domestic terrorism threat, helping to ensure that these cases are handled properly and effectively coordinated across the Department of Justice and across the country.”

It sounds rather noble, doesn’t it? I mean, I think we can all agree that domestic terrorism is a very real and very serious threat. As such, it should be handled in a way that is both effective and as far-reaching as possible.

The problem with the plan is that, as of late, it is not real domestic terrorists who have garnered the attention of assistant AG Olsen or his boss, Attorney General Merrick Garland. Instead, that lot seems to fall to Americans who simply don’t agree with the plans or beliefs of the political left, such as they are.

You know, like when Garland reportedly allowed the FBI to track the movements of everyday US parents who had recently made comments at school board meetings or to school officials about their concerns. According to the New York Post, a whistleblower had revealed that the FBI was actively tracking school-critical parents using a “threat tag” they had created.

Then in November 2021, the existence of those tags was confirmed when an email from Criminal Investigative and Counterterrorism divisions within the agency was revealed that asked agents to tag all cases and investigations into such as “EDUOFFICIALS.”

The email read, “We ask that your offices apply the threat tag to investigations and assessments of threats specifically directed against school board administrators, board members, teachers, and staff.” And instances where parents were merely critical of or questioning mask mandates or the left’s beloved critical race theory, were included in this.

Garland, of course, tried to deny that such parents were being targeted. But the email did little to persuade anyone otherwise.

Similarly, you might remember that Garland and his cronies have come down especially hard on any and everyone, even the slightest bit connected to the January 6 capitol incursion. In many cases, the DOJ actively accused participants of being domestic terrorists, even if their only actions on that day were to stand outside and wave a red flag.

And yet, now we are to trust that Garland and Olsen can suddenly define terrorism correctly? I think not.

Besides, as CNN reported, under Garland’s instruction and that of the DOJ, the FBI just came up with another new plan to address domestic terrorism last year. In June, it was announced that a new national strategy would be implemented for fighting terrorism in the US. And massive amounts of funds were then sent to agencies like the FBI, the Department of Homeland Security, and the DOJ to make the necessary changes.

But here we are a year later, and another plan of action has been announced, one with even less accuracy and details than before.

Let’s just say that the added “plan” doesn’t exactly inspire any more trust in our government or their willingness to punish those they don’t agree with.