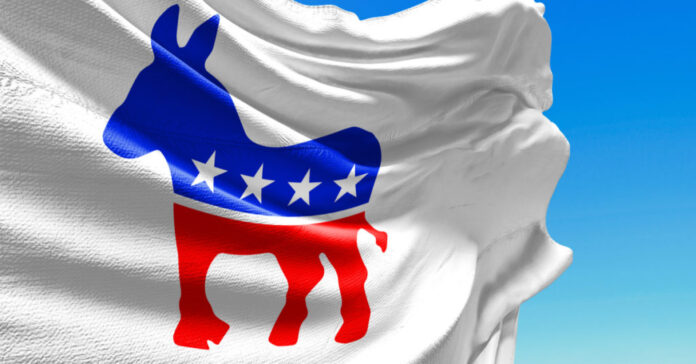 For as much as the Democrats are fighting to stay in power, it seems that they have forgotten to communicate to everyone. There’s been a mass exodus of Representatives this year…and many of them seem to be from the Democratic Party.

Just when we thought we’d heard about the retirement plans for everyone, another has come forward.

It’s good news for the GOP, of course, because it means that there’s a chance to flip yet another seat.

Representative Ed Perlmutter has been in office since 2007. He’s been serving within the 7th congressional district of Colorado.

Perlmutter is 68. He’s certainly not one of the oldest Representatives, but he is past the average retirement age for those in the American workforce. He’s stepping down so that those within the younger generations can participate in American politics.

In his announcement to retire, which was posted to Twitter, he said, “I’ve never shied away from a challenge, but it’s time for me to move on and pursue other opportunities. There’s come a time when you pass the torch to the next generation of leaders.” He went on to say that it was the privilege of a lifetime to serve, and Colorado is always the state that he will call home.

Now, if only we could get other Representatives to realize that they need to pass the torch. It seems like some of the liberal Representatives, including Nancy Pelosi, Maxine Waters, Jim Clyburn, and Steny Hoyer are determined to simply let the torch burn out.

Actually, if you look, the majority of the oldest Representatives in the House are all Democrats. They don’t know when to step down. They’re so power-hungry that they cannot step away. So, at the very least, kudos to Perlmutter to know when enough is enough.

The National Republican Congressional Committee targeted Perlmutter back in November when there were quite a few GOP gubernatorial candidates performing well. Perlmutter had won his re-election campaign in 2020 by over 21points. However, after redistricting, it was possible that he wouldn’t win again. Rather than put in another fight, it was easier for him to step down so that the torch could be passed.

While he’d much rather make sure the torch is passed to a Democrat, there’s a very good chance it could go to a Republican. Why? The 7th district only has a six-point advantage for the Democratic Party at this point.

There are quite a few things that will change with Perlmutter choosing to retire. He served on various committees, including the Select Committee on the Modernization of Congress as well as the committees for House Rules, Science, Space, and Technology, and Financial Services. As a member of the New Democrat Coalition (NDC), he’s also been committed to seeing more targeted social spending.

We do have to thank Perlmutter for what he has done. He was one of the more vocal individuals who saw to convince Pelosi that it was time to step down. It led her to make a term-limits pledge in exchange for his vote (and others) to return as House Speaker in 2018.

As for what Perlmutter will do once he’s no longer a member of the House of Representatives, that’s yet to be determined. At least if he does stay in politics, it will be on a local or state level. As for the national level, it’s another chance for the GOP to take the majority inside of the House.