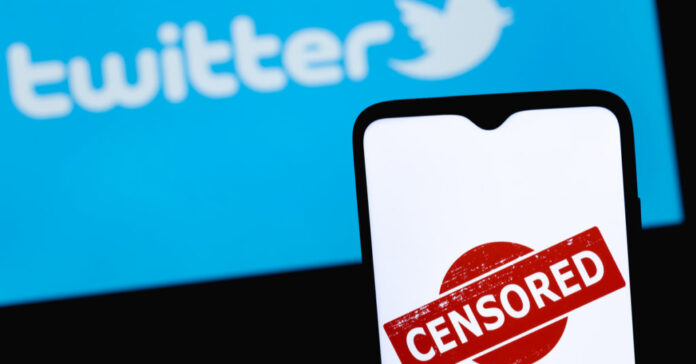 Since its invention, Twitter has been an organization of truth and exposing secrets. Famous people have had dirty laundry aired on the platform; other people have had their careers made as well. However, in the last few years, the true aspect of the platform has only maintained a sense of equality if you are a liberal.

Project Veritas caught its first account ban on the platform for showing up at the residence of Guy Rosen, the Vice President of Facebook. This was classified as posting personal information, and as such, in their opinion, it violated their terms of use. Their latest account @ExposeFauci has now also been banned, but no explanation has been provided. This account had been set up specifically to promote the latest Project Veritas scoop: a leak of military documents about the gain of function test and the Wuhan labs.

These documents were made public a day before NIAID director Anthony Fauci came before the Senate for yet another hearing. While in this hearing, he griped about Sen. Rand Paul (R-KY) and his consistent targeting of Fauci, and how Fauci finds it to be unfair and personal. Sen. Paul has consistently maintained that Dr. Fauci has been covering up the gain of function research. As a result, Sen. Paul wants to see Dr. Fauci terminated from his position immediately.

We have known for decades that the government hides information from the American people; anyone who doesn’t is simply ignorant as anything…or new here. It happens on both sides of the aisle. Yet, the conservatives who have never practiced medical treatments involving biological weapons on their people seem to be expected to remain silent on such an action.

These researchers should not be funding such a biological test with American funding. We should not be behind the push to fund this research for how to make a virus work when other organizations have ruled that the project is not proper to proceed with. Given the length of time, Dr. Fauci has been sitting in these positions, he has been able to undoubtedly fund numerous experiments the American people and the scientific community, in general, would agree are immoral and possibly illegal.

As more and more information becomes published about this virus, the worse things look for Fauci and any organization he is still affiliated with. Given his current retirement plan, it would not be surprising to see him hang up his lab coat before he can face any formal charges. Naturally, of course, it would come with some deal that allows him to keep everything and face no charges for his testimony. Gotta love how the whole liberal machine keeps people like him employed.