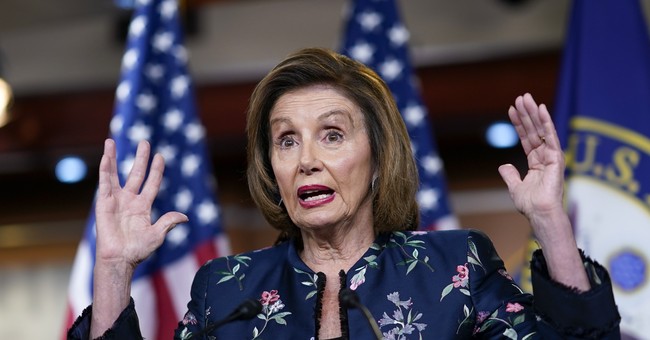 There are a lot of deficiencies with the Democrats in power in Washington. Perhaps one of the worst is the failure to even care enough to fully pursue the origins of the pandemic and hold China accountable for its actions.

But at least you would think they wouldn’t advertise how completely in the pocket of China they are with their actions.

According to Fox, the House of Representatives were given KN95 masks to wear on the House floor that have stamped “MADE IN CHINA” on them. The House is now requiring KN95 or N95 to be worn while on the floor. Most KN95 masks are made in China although there are some made in the U.S.

Why would people in the House want to be advertising China, or giving our taxpayer dollars to the Chinese?

In addition to the fact that there are questions of efficacy about some of the KN95 masks, although the one given the House members seems to rank well for KN95 masks

Not surprisingly, many of the lawmakers were not happy with this move.

“The fact that the masks we are mandated to wear in the U.S. Congress are made in China is just one example of our inabilities to protect and treat Americans without relying on adversaries,” Wenstrup continued. “These Chinese masks further highlight our need to divest away from the [Chinese Communist Party]. Our national security and our health depend on it.”

“As usual, Speaker Pelosi fails to recognize the senseless optics of her own decision-making,” Rep. Greg Murphy, R-N.C., said Thursday. “We are fighting a virus that came from China, yet the Speaker is comfortable with publicly supporting a Chinese manufacturer, sending our taxpayer dollars overseas and further advertising our dependency on China … on the faces of Congress.

“Either Pelosi’s office neglected to realize the cruel irony of supporting ‘Made in China’ or they don’t care.”

The Democrats don’t care much about optics — after all, they have Nancy Pelosi and Joe Biden. But it’s ridiculous at this point, two years in, that we still haven’t unhooked our supply chain from China as much as we can. Not only aren’t we holding them accountable, but we’re also making them rich into the bargain by buying a ton of PPE from them like this. And it’s not just the supply chain but every industry — we have to do all we can to divest from China’s influence.

Pelosi’s office had no explanation for the mask move when asked. Of course not. They never feel like they have to be accountable for anything.