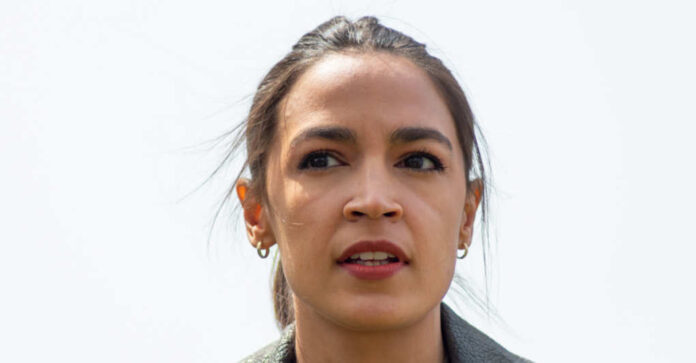 Alexandria Ocasio-Cortez is a staunch socialist that agrees with Joe Biden on everything he does as long as it stays socialist centered. The pandemic mandates and other illegal actions that he has taken against the American people are not for their protection. The mandates are the mechanisms the Democrats need to control the people. And when it benefits them, they are willing to ignore the mandates and regulations just as long as they do not get caught.

Ocasio-Cortez is not as bright as she thinks she is. The terrible soul found a way to avoid showing to vote in person at the Capitol while at the same time leaving for Miami to vacation and meet up with a guy. Billy Porter is the man that would party with the politician at a drag club. The entire time the AOC was found maskless and not taking the precautions that she wanted to push on everyone else.

The Queen of the North has long thought Florida is the epicenter of COVID-19 infections. She has blasted how the governor has handled the pandemic ever since the virus made its presence. During the pandemic, Ron DeSantis took a different path that allowed Floridians to remain free and working. His actions saved the state while drawing massive criticisms from Democrats.

But the freedoms that all Sunshine State residents have are a lure for the liberals living in the north. The Democrats want to over-regulate society but do not want to experience the hardships themselves. The AOC lives in an area where the mandate is enforced but wanted to come to where she did not have to risk violating the law for not wearing the mask. So, she came to Florida.

The oppressive mandates keep people locked up as prisoners to the whims of the Democrats. And what was so ironic is that the AOC would end up sick with COVID-19 after her encounter with her kissing target in Miami.

The socialist office states that she is back home and recovering after testing positive for the virus. Her visit to Florida proves many things that the Democrats do not want the public to know about. The AOC is fully vaccinated with the booster, and she still came down with the virus. The vaccine mandate push will not stop people from getting sick.

Her office took the time to push the vaccine on people. Even though her vaccination did nothing to protect her, she still wants people to obey Biden and get all the shots. The vaccine is not about protecting people but forcing people to obey and give up their right to choose.

Her actions do not match what she demands other people to do. She wants people to follow the recommendations put out by the Center for Disease Control. And yet she goes off and ignores them herself. The CDC tells people to “[w]ear a mask that covers your nose and mouth to help protect yourself and others” and to stay “6 feet apart from others who don’t live with you.”

The AOC arrived in Florida when she stripped off her mask and made her way to the party zones. Porter and the AOC do not live together, and yet they were so close together that their lips kept smacking into each other.

The AOC caught COVID, and not one liberal is pointing out the inconsistency of her actions with stated belief. But they are quick to label Ron DeSantis as “DeathSantis” for the way he has kept the state open, of which the AOC came to the party and escaped the liberal mandates of the north.

DeSantis stated that “If I had a dollar for every lockdown politician who decided to escape to Florida over the last two years, I’d be a pretty doggone wealthy man, lemme tell ya.”

The AOC is not the only liberal Democrat that comes to Florida to escape the terror of liberal mandates. At least this time around, her actions prove that mandates will not stop the virus from infecting people.