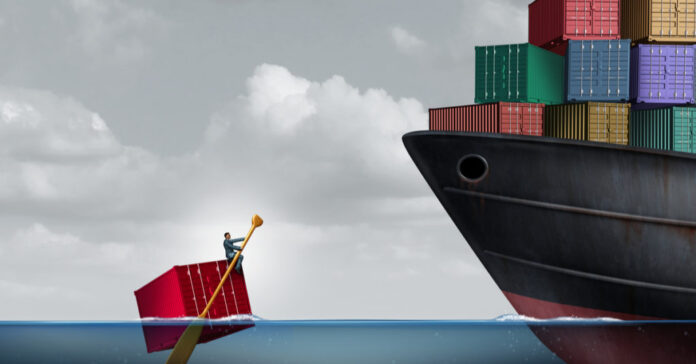 As a rule, human beings have always benefited from having open trade. Allowing countries to trade goods and services for capital is what the global economy is all about. It is based upon a delicate balance of give and take between countries. Many smaller, less industrialized, and poorer nations are reliant on imports to survive simply because they are incapable of producing what they need on their own.

For America, we have the capability and the capacity to produce most of our own goods and services. The problem is, years ago, nations like China, Taiwan, Thailand, and Japan started producing more and more products at a far lower cost and in many cases with higher quality. This drove US-based businesses to send their production or fulfillment to these countries. These decisions cost American jobs and, over time, these cheap companies crept prices up as Americans got further and further away from self-sustainment.

Now in 2022, we find ourselves in a massive trade deficit. Simply put, we are taking in much more than we are putting out. Now, there are numerous metrics to look at here, but with a good deficit of $99 billion in November and imports exceeding exports to the sum of $80.2 billion in November, we have a huge problem going on. This isn’t a simple problem either. With the backlog of ships waiting off the coasts and the Omicron edition of COVID, numbers are expected to be high when the numbers from December and January come in.

Given the consumer demand for foreign-made goods, this isn’t likely to slow any time soon. With the lack of American industry, is it all that surprising? We don’t have many factories here that mass produce electronics or clothing. These two industries alone drive a large chunk of our commerce. While they have numerous subcategories, many consider them as big groups together.

Chief executive at General Mills Jeff Harmening said “Input-cost inflation is at a 10-year high and labor shortages and other issues are causing disruptions across our supply chain, from our suppliers to manufacturing to distribution. These disruptions are driving down service levels and driving up costs above and beyond inflation throughout the industry.” The kinds of disruptions he’s speaking of have been in existence since the start of the pandemic. With many facilities needing to shut down or cancel some shifts due to outbreaks and a lack of staffing, they have been working from behind the eight-ball for months.

This problem is one Americans are not used to dealing with. For decades, we have had nearly everything just a quick trip away and at a reasonable price. The lack of patience many experience caused a large spike in prices as people were willing to pay significantly more to have it immediately instead of waiting. When people are willing to pay two, three, and even as much as ten times the normal price for immediate satisfaction, you know you can raise the prices and keep them higher. Even when the restock order is being delayed.

With the current backlog due to a poorly managed infrastructure (thanks Buttigieg), we can expect to see prices stay inflated for a long time and even more delays. Within our borders, many goods are becoming more and more difficult to keep in stock. At the beginning of the pandemic, it was toilet paper. Now we are seeing meat and dairy product shortages across the nation as well as electronics and new vehicles due to a microchip shortage.

As more companies attempt to step up and fill the void, there has been a mass influx of lower-quality goods being produced across the globe. While they fill a niche, they can, ultimately, prove to be dangerous and a poor decision. Thankfully, they have been largely unsuccessful in penetrating the food and beverage markets in this country. Perhaps the pandemic will encourage America to become more self-sufficient again?