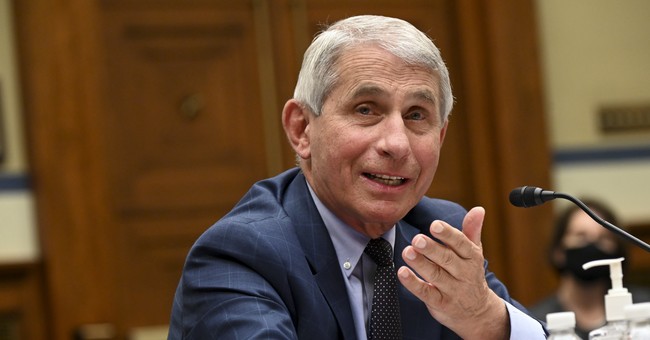 There’s a tactic being utilized by the left quite often and I think it’s time it’s highlighted as its abuse is not only a bad way of avoiding taking responsibility for hypocrisy, lies, or trouble, but it’s also dangerous to society overall.

This tactic was recently exhibited by Dr. Anthony Fauci while he was being forced to answer for his lies. Instead of addressing the facts and inconvenient truths brought to the forefront by Kentucky Senator Rand Paul, Fauci begins diverting attention away from it all by proclaiming that what Paul is doing is causing a rise in threats of death and violence toward him.

The strategy is simple; Misdirect and accuse.

The simple fact is that Fauci knows he’s cornered and doesn’t have a way out. He has nothing to counter Paul and the truths he’s espousing about Fauci, including his involvement in the creation of COVID-19 and his tyrannical treatment of anyone who remotely troubles him.

(UPDATE: US Military Report States COVID-19 Was Created by a US-Funded EcoHealth Alliance Program at Wuhan Institute of Virology)

His only tactic now is to attack Paul’s character and methods. This allows for a few opportunities for Fauci.

For one, it paints him as a victim when he’s the obvious offender overall. The friendly left-wing media will zero in on Fauci’s claims of death threats, taking him out of the hot seat and rewarding him with sympathy from the general public. It’s a way of weaseling out of having to give hard answers and damning explanations.

It also paints Paul as the villain and makes him seem like an irresponsible ring-leader who is laying soil for violence against Fauci. His hard questions suddenly become villainous instead of part of his job. He begins to look evil and all his very necessary and important questions become avenues for evil.

Suddenly the conversation isn’t about Fauci’s shadowy dealings, irresponsible behavior, and tyrannical methods of halting conversation. Now it’s about Paul putting the good doctor in danger for going after him so hard.

It’s a tactic that has become very common from leftist figures and can come in various forms. Angry parents show up at school board meetings, confronting corrupt officials for introducing homosexuality, sex, and more to their children and suddenly the school board members are claiming they’re unsafe. The leftists in power put the FBI on the case giving the media the ammo it needs to turn this into a big story. Suddenly it’s less about the legitimate anger from the parents and obvious wrongdoing of the school board members, and it’s now about the “violence” and “instability” of the parents who are victimizing innocent educators.

New York Times writer Sarah Jeong was recently called out for her ridiculous and insulting take on how inflation affects the rich vs. the poor. When the ratio of her idiotic tweet went into full throttle, she distracted by proclaiming that everyone coming after her has resulted in her receiving death threats. She then protected her tweets, making her victimhood claim the final say on the matter.

It’s a very common tactic and it’s hardly a new one either. In fact, this tactic was perfected years ago.

Back in 2015, the social justice movement found its blitzkrieg across our mainstream culture suddenly halted by an unexpected force; gamers. This resulted in “GamerGate” a cultural war between everyday gamers and content creators and media figures, activists, and even politicians.

The method of debate from these social justice advocates was simple…don’t debate. Instead, take the focus off the argument and play the victim card.

Instead of arguing the facts, people on the side of woke culture would attack the character of those participating in the GamerGate movement by proclaiming that they’re dangerous hooligans who are racist and sexist to boot. They would give the media narratives about a deluge of death threats and promises of violence.

Were there death threats against them? I don’t doubt it, but I also don’t believe they were as numerous or as serious as they claimed. For instance, one of the social justice advocates, transgender developer Brianna Wu, proclaimed the death threats got so bad that he was forced to flee his home and go into hiding, yet every media hit showed him still at his home.

To be fair, GamerGate was a decentralized movement with no real leader and a mega-diverse range of opinions and ideologies. It’s likely that death threats did happen, but when you’re a vocal figure on the internet, death threats are going to happen. I’ve gotten a few myself. It’s what happens when you give people anonymity and the safety to say horrible things without consequence to boot. Very few of these threats are to be taken seriously.

And herein lies the issue. Death threats are going to happen. If you stick around on the internet for long enough, it’s likely you’ll get one yourself in some form or fashion. What we can’t allow, is for these people to use these threats (if they are happening) from taking the focus off of the issue at hand. Fauci has a lot to answer for and he needs to answer for it. He can’t be allowed to weasel his way out of the hot seat by proclaiming he’s the victim of threats. Not only does this become an obstacle for answers and real justice, but it makes our society take these claims less and less seriously.

The bottom line: Fauci is a very public figure. He’s gonna get threats. People in the public sphere have been getting threats for ages and yet they still managed to do their job. Case in point, Case in point, Rand Paul’s been shot at and beaten up, as well as nearly mobbed by an angry crowd, and yet he’s still doing his job at great peril to himself. He chose this and he deals with the fallout.

This isn’t to say death threats should suddenly be ignored, but they shouldn’t become the central focus. If you screwed up, then face the music. Painting oneself as a victim when they’re the offender doesn’t make the offenses go away, especially when the offense is being part of unleashing a virus that destroyed billions of lives around the world.