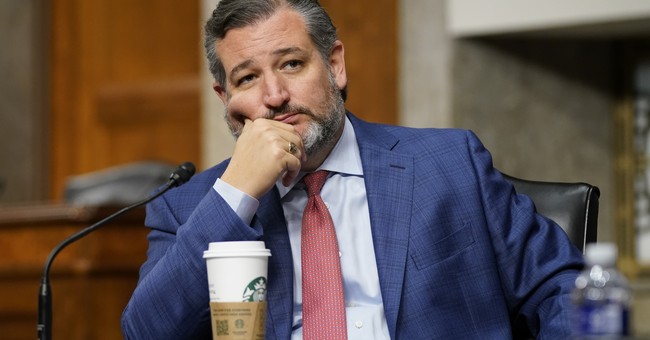 We’re having a lot of fun testimony in Congress today that’s very informative.

We saw Sen. Rand Paul (R-KY) ending Dr. Anthony Fauci, finishing him off with a picture for the ages which he, Fauci, provided. Then there was Sen. Roger Marshall (R-KS) who is also a doctor like Paul, who grilled Fauci over the DARPA report and the gain of function lie. Fauci had another huge meltdown and, again, had to be rescued by Sen. Patty Murray (D-WA), who claimed she wasn’t going to allow “personal attacks.” Getting at the truth is now a “personal attack” to Democrats — when it might expose things.

But the Biden team had another big problem today; it wasn’t just Fauci being exposed.

Jill Sanborn, executive assistant director of the FBI’s National Security Branch was testifying before the Senate Judiciary Committee. That’s when Sen. Ted Cruz (R-TX) asked some very good questions to which she didn’t have a response. Cruz asked about FBI involvement/informants in the Jan. 6 Capitol riot.

“How many FBI agents or confidential informants actively participated in the events of January 6th?” Cruz asked. Sanborn said that she couldn’t go into “sources and methods.” Cruz continued asking if any FBI agents or confidential informants participated, to which Sanborn said, “I can’t answer that.” He then asked if any of them committed crimes of violence or incited crimes? Again, she refused to answer.

Then Cruz went all-in, asking, “Who is Ray Epps?” Ray Epps is a man who has been speculated on a lot because he was very active, encouraging people to go into the Capitol, yet doesn’t appear to have been pursued by the FBI when the FBI seems to be pursuing people who so much as breathed near the Capitol that day.

Sanborn’s response? “I’m aware of the individual.” But she doesn’t disabuse anyone of the belief that he could be FBI-connected; indeed, her failure to fully respond, got even more tongues talking.

“I cannot answer that,” Sanborn responded. I guess that answers that question right there, which leads to a lot of other questions.

Cruz noted how five seconds after Epps talks to someone, that person starts to tear down a barricade. Did Epps urge him to tear down the barricade, Cruz asked Sanborn. And again, she said that she couldn’t answer that.

Cruz said many Americans are concerned that the federal government encouraged illegal activity, noting that — oddly — Epps had been removed from the list that the FBI had put out of people they were looking for in connection to Jan. 6. Sanborn then finally says that “not to her knowledge” did the FBI “actively” encourage violent criminal conduct.

But she didn’t respond as to the other questions, and her failure to respond was in itself an answer, leaving all kinds of questions about the FBI being involved. She didn’t deny that Epps was an FBI or an informant.