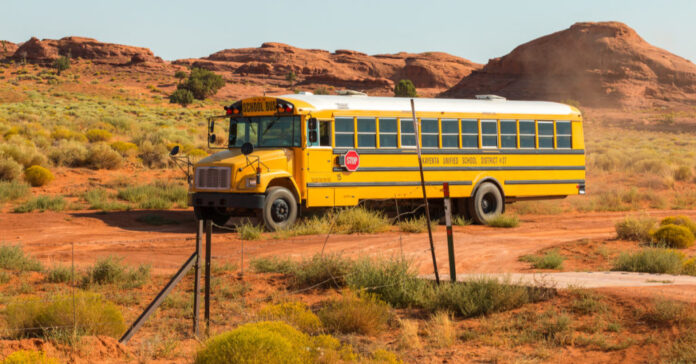 Republican Gov. Doug Ducey wants to keep Arizona kids in school, and he is willing to do it by any means possible. The Open for Learning Recovery Benefit program is a huge step in ensuring that this happens. Providing a maximum of $7,000 to pay for child care, transportation to education centers, online tutoring, and school tuition, the program is targeted at those who had difficulties performing in online virtual environments.

Gov. Ducey said “In Arizona, we’re going to ensure continued access to in-person learning. Everyone agrees that schools should stay open and kids need to be in the classroom. With this announcement, we are making sure parents and families have options if a school closes its doors.”

The Arizona-based grassroots movement, National Educators United, called for a two-week stoppage of in-person learning to begin on January 3rd, so the timing of this program could not be better. They have ensured the children are not left behind for any reason; a step many states and school districts have failed to accomplish.

School was never intended to be a babysitter for parents, but when many homes are either single-parent or with both parents working full time, in-person school is crucial to keep the family dynamic operating efficiently. Despite knowing this, these schools have closed off and on numerous times over the last 24 months. Each time they close, it is never for a predetermined amount of time, and the parents of these students are left to find a way to be home with their kids.

For some, the challenges of doing their job from home were impossible to make work. Others found their duties were easily flexible and they could achieve success from home just as easily as in person. Regardless of how adaptive their careers were, all parents were forced to make sacrifices. These sacrifices have gone largely unnoticed by the school districts and the government as a whole.

Chicago’s teachers’ union recently voted to return to remote learning for two weeks, while the Chicago public schools elected to instead cancel school for Wednesday as the two were at odds for what to do with the students now. As other districts to include NYC, Washington D.C., and Philadelphia look at making the same decision, the outcome in Chicago will play a big factor in how things work out.

With the CDC admitting that in-class schooling presents no additional risk over being out in the community, there isn’t a healthy reason to close the schools. The risk is greatly increased for mental health damage by eliminating in-person schooling, though. Reports have indicated that students who received “limited in-person instruction during the pandemic may have had a negative effect on learning for children and on the mental and emotional well-being of both parents and children.”

These reports are evidence of the untold damage COVID has caused our children at the hands of the Democratic leaders. These “leaders” will use fear to keep people controlled and dependent on the government for everything instead of using facts to guide them into a life of prosperity and independence. While making decisions like this are almost always painted out to be for the greater good, they are most often just about control and what’s best for the party.

We have seen the results of lockdowns across the globe and how ineffective they are. We are seeing parts of the outcome in terms of mental health problems for the kids going back to school. These tools do not work to help decrease the curve, and we are currently seeing a strain of COVID that is infecting people with symptoms that are far less severe than when it first came along. To do further mental damage to these kids because teachers are scared is horrible.