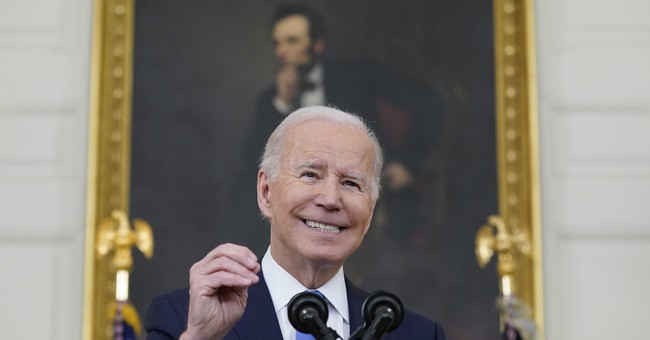 Another day, another head-scratching moment from Joe Biden.

The president toured the damage caused by the ongoing Colorado wildfires Friday, giving public remarks afterward. Yet, when presented with the reality of more than 1,000 homes being destroyed, leaving thousands of people homeless, Biden decided to…rant about windmills?

Is this the “empathizer-in-chief” we were promised?

I’ll be honest. I’m mainly writing this article because I wanted an excuse to talk about how garbage windmills are, but before we get there, we should probably ask what exactly Biden is talking about here. What do windmills have to do with wildfires? Is he trying to make some kind of ridiculous climate change connection? Or is this like when Democrats tell out-of-work coal miners that they’ll get fancy new jobs building solar panels?

When people have lost their homes, the last thing we want to hear about is a president bragging about building windmills.

Besides, as I mentioned, windmills are garbage.

Anyone that’s driven from Dallas to Amarillo has seen those ugly pieces of metal scattered over hundreds of miles of otherwise beautiful plains. That they kill a lot of birds is actually the least of my concerns. Rather, I find it incredibly stupid that we are destroying the environment in order to “save” it. Windmills are inefficient, limited in their usage, and cannot be recycled once they reach their end of life. Further, it takes 360 times the amount of land to produce the same amount of energy with windmills compared to a single nuclear power plant.

America’s current energy policy is asinine, and while I realize some Texas Republicans feel bound to support wind energy because it’s a big industry there, the rest of us do not want our landscapes covered by those giant, expensive eyesores. The same is true for solar panels, which take up an incredible amount of land area, while also being reliant on materials that come from China. And when it’s cloudy as it so often is, good luck making use of them.

Returning to Biden, why in the world would he think “yeah, you lost your homes, but I’m about to ruin your amazing scenic views and wilderness with giant windmills” is an appropriate response to people whose houses just burned down? Democrats are truly deranged when it comes to energy policy, and they see Americans are mindless pawns on a chessboard.

Anyway, the point is that windmills are crap. Have a nice Sunday.