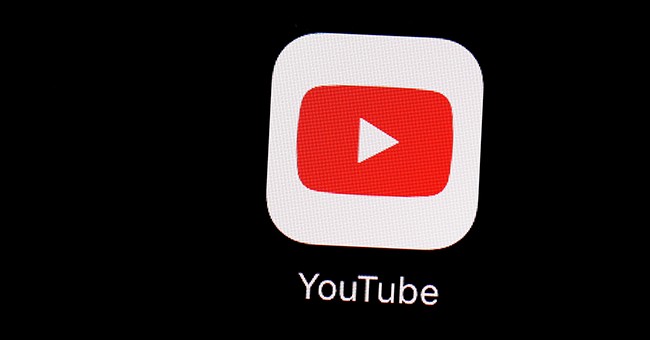 As detailed here a few days ago, musician John Ondrasik, who usually records under the Five for Fighting moniker, released a video earlier this month of him performing his song “Blood on My Hands” while standing within sight of the White House. He placed the video on Twitter and YouTube. Given how the song excoriates the Biden Administration for its utterly incompetent handling of the Afghanistan withdrawal, one expected pushback. On Friday, the expectation was met when YouTube briefly pulled the video, returning it to the site only after Ondrasik made a pointed complaint to YouTube.

On January 2nd I uploaded the “Blood on My Hands” docu-music video to YouTube and other social media channels. Before posting, I placed a “Graphic Warning” disclaimer at the front of the video to let the audience know that the content would not be suitable for younger audiences due to images of Taliban atrocities. YouTube reviewed the video and inserted a child content restriction which I appreciated and found appropriate.

The video has since gone viral with over 250,000 digital video hits and is resonating, particularly with Veterans and Afghans worldwide. Today (5 days later) YouTube has taken down the video due to a violation of “Graphic Content Policy.”

To not show said Taliban atrocities in any artistic statement on Afghanistan would be a gross injustice to the victims and enable the Taliban’s ongoing persecution of 40 million Afghan citizens.

That YouTube took down the video after 5 days, as it was growing in reach, should concern anyone who values free speech and advocacy for humanitarian causes.

Finally, the fact that within 5 minutes, I found many YouTube videos containing similar Taliban atrocities, that YouTube is monetizing, gives me cause to ask YouTube for an explanation. Better, I would ask them to repost the video that is raising money for the private organizations rescuing high risk Afghans, Veteran’s wellness charities, and Afghan refugee foundations, while bringing attention to a population that is starving, desperate, and under siege.

The late Jim Croce wrote the lyric, “You don’t tug on Superman’s cape / You don’t spit into the wind / You don’t pull the mask off that old Lone Ranger / And you don’t mess around with Jim.” You don’t mess around with the man who wrote “Superman (It’s Not Easy)” either. Two hours after Ondrasik’s tweet, YouTube replied on Twitter that they had “passed this along for review.” Three hours after their first tweet on the matter, YouTube responded.

One can safely assume the praying hands emoticon reflects YouTube’s prayer that reposting the video will avoid a lawsuit.

It’s not like YouTube hasn’t previously engaged in similar shenanigans. From banning a “Let’s Go Brandon” song under the excuse of it providing “medical misinformation” to the time it suspended Rand Paul for a week (Paul has subsequently voluntarily abandoned YouTube altogether) for speaking out against governmental COVID misdiagnosis and overreach, as well as many other similar examples, YouTube has consistently followed its owner Google’s dictums regarding protecting the narrative at all costs. When called out for getting caught with its hand in the streaming video cookie jar trying to pull out and throw away anything conservative, YouTube invariably resorts to the “oops we did a boo-boo” defense instead of owning up to its biases. Google’s motto “don’t be evil” should be changed to “don’t be honest.”

Anyway, for as long as it stays available on YouTube, here’s the link to the video. And yes, it does contain graphic content, so be forewarned. The video now comes with this disclaimer: “The following content has been identified by the YouTube community as inappropriate or offensive to some audiences. Viewer discretion is advised.” Offensive to people who can’t handle the truth, maybe.

You can also see the video on censorship-free Rumble.