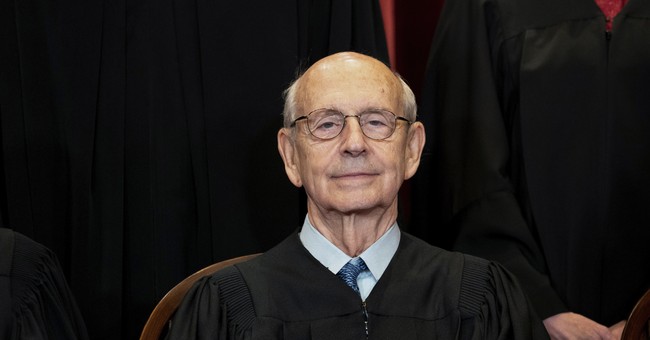 Justice Sonia Sotomayor seemed to be completely in another world not called reality during oral arguments today in the Supreme Court. The Court is considering the case of the vaccine mandate imposed by OSHA rule on private businesses with more than 100 employees.

As we reported earlier, Sotomayor went into fantasyland when it came to COVID information. She claimed that there were 100 thousand kids in serious condition, many on ventilators. Also very disturbing, Sotomayor demonstrated that she didn’t understand the concept of state police power, indicating that she thought OSHA had “police power.”

Sotomayor also got something else dangerously wrong — claiming that Omicron was just as deadly as the Delta variant. This shows a complete failure to understand simple, basic facts. And she’s going to be making a critical decision that will affect all Americans? Yikes.

But, what made it worse was that she wasn’t the only one with her head in a bubble of misinformation. It was clear that Justice Breyer also had issues.

This was pretty incredible:

Breyer claimed that 750 million got COVID in the country just yesterday. Are you kidding me? Yes, that would mean everyone in the country would have had to have gotten it twice in the last 24 hours — and that still wouldn’t be enough to hit his number. He later corrected himself.

Both Breyer and Sotomayor also falsely claimed that hospitals were almost at full capacity.

The average occupancy rate of community (that is, non-Federal, short-term general) hospitals is about 76 percent. So, the hospital capacity for the country is a little above average but not full. Now, there may be hospitals that are full somewhere, but not across the country.

That’s insane and doesn’t even make logical sense. First, the OSHA mandate only applies to businesses with 100 or more employees. While that’s about 100 million people, that’s still less than a third of Americans. Plus the vaccine, as we can see, is hardly 100 percent, so it wouldn’t fully protect even those 100 million people.

Twitter would have winged both of these characters for misinformation. Well, that is, if they were on the right side of the aisle and had said this on Twitter. But, it’s astonishing the fate of so many Americans may be in the hands of these folks.

Fortunately, although it’s always hard to tell, the conservatives on the Court, seemed to have a better understanding of reality and asked more coherent questions. But if you wonder how you get some of the decisions you get from the liberal side of the court sometimes, now you know why.