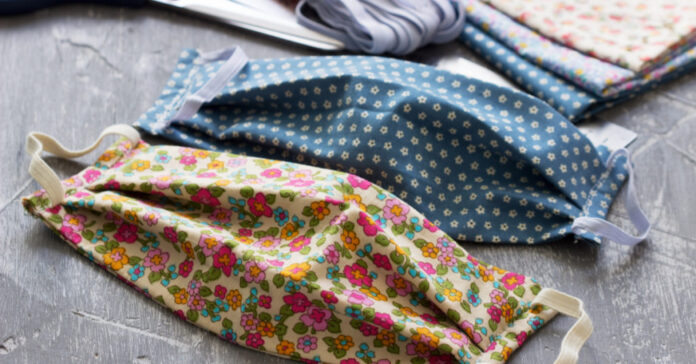 Dr. Scott Gottlieb, former Food and Drug Administration Commissioner has finally admitted that cloth masks are a sham. Seriously, things got so crazy in 2020 at the beginning of the pandemic, you may have seen a pillow sham or two make-shifted into a mask.

Gottlieb, who currently sits on the board of directors of Pfizer, has also admitted the new Omicron variant is much milder than the other variants they have thrust upon us. It’s unlikely he’s telling any of us anything we have not known since the middle of 2020. He goes on to say that if it were droplet transmission, the protocol would be different, but COVID is airborne and these masks are simply made of cloth and all these non N95 masks don’t work with something airborne, “It’s just the bottom line.”

While we would normally just be relieved to hear that we aren’t crazy, and our common sense shouldn’t be written off as null and void, we should appreciate the validation and move on. It’s kind of hard to dismiss the fact that all of these doctors and scientists expected us to believe that touching our face 73,000 times a day and rebreathing the same air for hours at a time was best for our health.

The former FDA commissioner said some masks could prevent better than others. However, he also claimed that those homemade masks could better prevent things like the flu (in case you were wondering, that’s where the flu has been hiding). It’s been in those makeshift masks – we had people scared, home from work, secluded in their houses, frantically making masks.

This answers so many questions about why the flu went away when COVID-19 hit the scene. Duh, and let’s ignore the fact that it’s already been proven that some of the most common tests haven’t been able to differentiate between COVID-19 and the regular flu. While being interviewed on Sunday’s “Face The Nation” on Fox, he was asked if schools should mandate 12-15-year-olds have the COVID-19 booster shots.

He responded saying, “Well, look, I certainly don’t think schools should be mandating boosters. I think this should be left up to the discretion of parents and their physicians. You know, it’s going to depend on the individual circumstance. What is the risk that the child’s facing? Are they in a setting where they’re more likely to come into contact with the infection? Do they have some underlying health conditions that put them at increased risk of bad outcomes?”

During the rest of the interview, Gottlieb tried to stress the need for schools to remain open, explaining that there is zero chance of avoiding an outbreak and explaining that the best we can do is control large outbreaks. Gottlieb stressed that this is a much milder version, and he is a firm believer in the idea that the Omicron variant will disappear by the end of February.

While many should feel better being that a COVID variant is going away, one has to wonder what they’re going to throw at us next (some days, it kinda feels like the Robin Williams film “Jumanji,” except it’s not a game to the people struggling to survive, and there’s no way to set the clock back to 2019). What most will likely find the most upsetting is that a few months ago, Gottlieb predicted the year 2022 is going to be a transition year where we will most likely go from a pandemic into more of an endemic phase.

You read that right, it’s not a typo.

They have spent the better part of two years telling us to mask up or we would kill grandma, knowing masks were not going to solve anything. They’ve spent over a year trying to force vaccines on free Americans. Vaccines they knew would not prevent us from contracting the disease or stop us from spreading it.

There is no appeasing people who will lie to get what they want. You’re just feeding the tiger, hoping he eats you last.