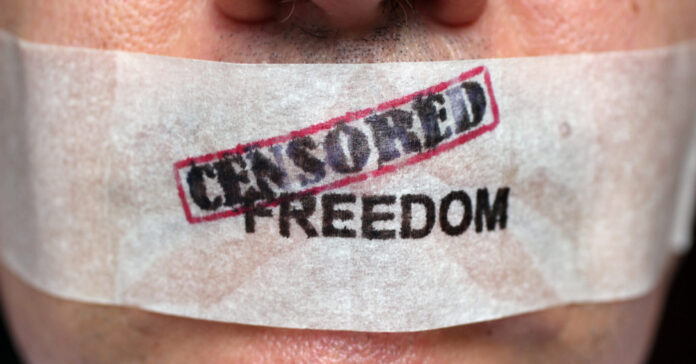 When Senators and members of the House of Representatives speak up and give their version of the ‘we are all doomed’ speech, it’s often a good idea to listen and pay attention to why they are saying it. Rep. Biggs took time to speak with Breitbart while attending Turning Point USA’s recent AmericaFest conference in Phoenix, Arizona about this, and about the move to take the House Freedom Caucus (HFC) and to bring a state-level Freedom Caucus out.

Rep Biggs said “We put this together, this idea, about a year ago, and have been working on it…There will be a separate unit, legally, and they’re going to — help provide communication and liaison between state legislative HFCs, and then federal HFC…We think that this country is going to be saved at the state level, so we want to be able to provide the support that they need. We want them to know what the FEDs are doing, and we want to hear what they’re doing and what their issues are so we can have better communication to try to fix what’s going on in Congress that affects negatively the states.”

This goal is ambitious and something the country needs, especially now. The reporter from Breitbart sees what the left is doing to our rights and asked Rep. Briggs about using this to also stop the left from silencing people via social media. “That’s fascism, because they’re using big business to implement big government and anti-Constitutional policies. So I think it’s a clear violation…The second thing is, we can change that, and we need to get in and change that. We can do it with Section 230, which we need to change the protections that we’re giving them. They are acting like monopolies, anti-trust behavior, and we need to take action on that…If we do that, we can turn that back so it’s freer again.”

This is a great thing to finally recognize their fascist behaviors and to call them out on them. Now, can we get something done about it? Mind you, social media is a very tricky thing. While freedom of speech is nearly all-inclusive, it doesn’t include things like yelling “Fire!” in a crowded theater. It also doesn’t mean your editor cannot censor what you write about.

Suffice to say, social media like Facebook and Twitter have their moderators who are like editors on a gigantic worldwide publication; if they think you went too far, they can reel you back in. It’s not a town square or another area for public protesting. Much the same, these politicians are under a great deal of pressure to allow these forums to be free reign, or to be tightly controlled if you’re a leftist. By getting things under control at the state level first, Rep. Biggs sees that we need to address things at the lowest levels to be successful at the upper echelons.

This is a tactic that has been used for centuries across the globe to ensure things go a specific way, and Rep Biggs and others intend to use it to save America from the leftists and their horrific agenda. Given the blackballing of Rep. Marjorie Greene (R-GA) recently as well as President Trump while he was in office, they have been overreaching their policies with the pushing and support of Democrats across the board. By taking things back to the state level, this can help to stem these problems and to get the people back into the habit of getting what they need, not just what their elected officials want for the party.