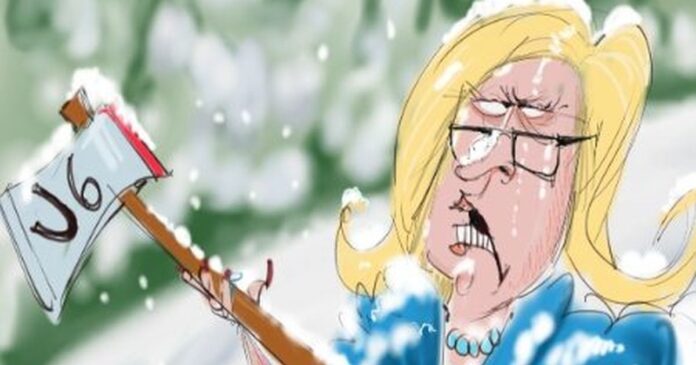 There’s a remake now of “The Shining.” ‘The Donald’ drives Liz Cheney to madness. Cheney sees things that aren’t there. Every text has some maddening subtext that only Jan. 6 Committee members can interpret. You have to read them with a mirror, however. Redrum… Redrum…

Also in this version, Liz Cheney ends up chasing the ghost of Donald Trump off I-95. She freezes, still clutching to her J6 axe.